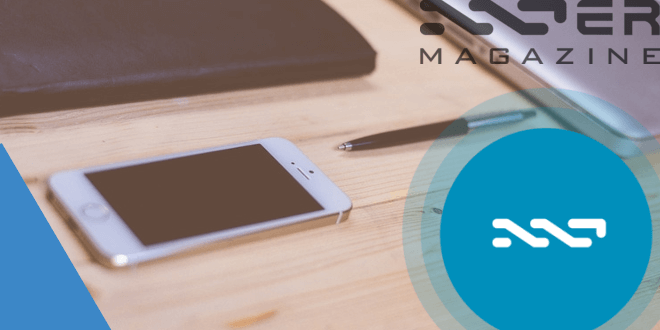 Bcdev, a remarkable member of the Nxt Community, has been working for months in the development of tools that would allow the deployment of Nxt as SaaS (Software as a Service) on the Microsoft Azure platform. Finally, his hard work has been rewarded as, after a long wait, Microsoft has accepted the templates and made the announcement. Shortly thereafter, Evildave and Damelon, both of the Nxt Foundation, announced it on Nxtforum, Twitter, and Slack:

From this moment on, one click deployment for Nxt nodes is possible on Microsoft Azure, in an easy and fast way!

Azure is a growing collection of integrated cloud services -analytics, computing, database, mobile, networking, storage and web- created by Microsoft for building, deploying, and managing applications and services through a global network of Microsoft-managed data centers. It supports many different programming languages, tools and frameworks, including both Microsoft-created and third-party software and systems.

The Nxt network is close to reach block 1,000,000. At that time, the snapshot period of your NXT balance for the ARDR giveaway will be over. The Development team has already created the ARDR token on Nxt’s Asset Exchange, which will be the assets that we’ll receive in our Nxt account. The ARDR tokens will be sent from the account NXT-FQ28-G9SQ-BG8M-6V6QH

The ARDR asset represents the amount of Ardor tokens each account will receive in the future Nxt 2.0 / Ardor blockchain. ARDR, in that system, will be the token used to establish consensus and to create new blocks. This ARDR token will be automatically distributed to user accounts at block 1,000,000, and after that will become freely tradeable.

The asset ARDR with the identifier 12422608354438203866 is the only one that will grant you Ardor tokens once the new blockchains is completely developed, which is expected to happen in the third quarter of 2017. But, before such time, ARDR tokens can be traded on the Asset Exchange of Nxt.

Watch out for scams, such as attempts at creating other assets, currencies, or Digital Goods from the DGS with similar names. Names may look similar, but the official asset identifier of 12422608354438203866 is unique and cannot be recreated. While some unofficial IOU issuers may follow-through with distributing ARDR, it is not guaranteed.

In this last update, Bas Wisselink, aka Damelon, in addition to explaining to us the latest movements carried out by the Nxt Foundation, such as the articles published in prestigious economical magazines (like the ones we listed in our previous (weekly magazine), or the workgroups with the Rijkswaterstaat (the entity in charge of traffic and infrastructures) has made the following call:

We would like to ask anyone who has development skills and the wish to work on projects to contact us!

We need people who we can attach to projects and these projects pay! We cannot do that if we do not know you. Contact us, so we know you are willing and available so we can discuss the opportunities.

The first feature chosen for this series of infographics has been the coin / asset shuffle. Remember that Bitcoin may be included in a shuffling process, because it’s an asset thanks to the Multigateway:

The user NxtSwe has been playing with the API of Slack, a very popular instant messaging utility among Nxters, in order to develop and automatic payment system that could be use to send tips, which has been called Tipbot. At the moment, it’s in a beta status and runs on the testnet:

It’s probably full of bugs, so use with caution.

The user CM keeps working hard on adding Nxt and other cryptocurrencies to the Rain Project. Some progress can be seen in the following snapshot that he has shared: