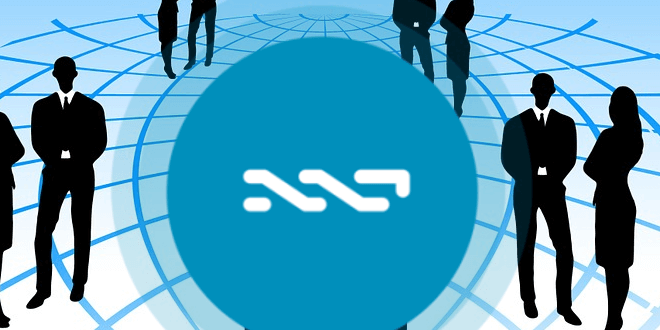 Here there is the latest compilation of Nxt news that have came up this past week:

Finally, after a process coordinated by wolffang that has been going on for several weeks where nxters could vote on the name of the first Ardor child chain, the community has chosen the name IGNIS!

IGNIS will be created in the genesis block for Ardor. They will be credited to each account immediately in block #1 of Ardor in a ratio of 1NXT = 0.5IGNIS, according to the balance in each account at the moment of the snapshot.

Ignis will have all the features that the Nxt platform has today, except the ability to forge, which will be taken care of by Ardor. Nxt 1.0 won’t disappear, however. It will continue to operate together with Ardor and Ignis. Thus, you won’t really be getting rid of your NXT in order to get the new tokens. For more detailed information about this, you can visit the following link.

Moreover, Ignis already has an official twitter account. Become a follower so that you don’t lose any news about the upcoming Ardor child chain!

Step-by-step we are reaching the ending of the hourly snapshot period in order to determine how much ARDR assets you will receive according to your Nxt balance during this period. With ARDR, you will be entitled to receive Ardor tokens once the new cryptoplatform is launched, which is planned to happen during the third quarter of 2017.

The snapshot period took off on the 14th of July and will last until the 12th of October. So, time is running out, and there are less ARDR assets left to allocate. At the moment, owning NXT is the only way to get ARDR. After the asset distribution, you’ll be able to exchange ARDR on the Asset Exchange of Nxt as well as, potentially, centralized exchanges.

The user chevdor has uploaded the latest NRS in a Docker open-source container.

Docker is a tool that can package an application and its dependencies in a virtual container that can run on any Linux server. This helps enable flexibility and portability on where the application can run, whether on premises, public cloud, private cloud, bare metal, etc.

Running NRS in a Docker container could be even easier than running it “the normal way”. It’s specially useful when running Nxt on a VPS: No java required, no download, no specific configuration… Besides this, in spite of being a type of “virtual machine”, it does not decrease performance.

After the events last week concerning Liquid, which we talked about in our previous newsletter, LibertyNow, creator and manager of this trading bot, has decided to elaborate and execute a plan in order to relunch his software after receiving several expressions of support, both moral and economical, coming from the community. To do this, new assets will be available on the Asset Exchange for those who want to take part in the project.

Mainly due to the overwhelming positive feedback from so many investors, I’ve decided to continue running LQD.  I have listed shares in blocks of 20,000 shares starting at 16NXT and going up to 32NXT.

He has also published a spreadsheet with the estimated ROI for this investment, in accordance with the price the assets are bought. Moreover, he confirms that he has readjusted his algorithm after many hours of hard work:

I spent a couple hours this morning reworking the stop loss code. Ready for a pump test now. Anybody got 50k BTC they can pump a coin with?

Some days ago, the user cm, member of the Gridcoin community, presented to us the changes that will be introduced in the Rain Project, a program to support those users that use BOINC to lend their computer’s processing power to help big sized and important (both technical and social) projects, such as the ones you can see listed here.

BOINC is an open-source volunteer-oriented computing grid that combines the processing power of all individual users for the purposes of scientific research. It’s free and harnesses the unused clock cycles from processors and graphics cards to attempt to cure cancer, aids, ebola, malaria, map the milky way, crack enigma codes, etc..

What this means is that the users that take part in BOINC will be able to provide their Nxt address, so that other community members will be able to distribute / donate NXT automatically to their accounts proportional to their verified BOINC computation.

Last Wednesday,  September 7th, a new edition of the Bitcoin Wednesdays took place in Amsterdam. This time, Damelon was the one who took the responsibility to present Ardor to the people attending there. This was the way Bas was introduced at the event:

Bas Wisselink, board member of the Nxt Foundation, will talk about one of the biggest challenges faced by all decentralized  blockchains after sustained use, new solutions for blockchain scalability and performance, implementations of bundling and pruning, to be released in the upcoming “Ardor” Blockchain Platform. He will explain Nxt’s latest proposal to bundle and prune data in order to make the network more efficient and scalable as it grows. Nxt has been one of the pioneers in the industry. As of August 2016 it is one the ten largest cryptocurrencies in the world with a market cap of more than $28 million.

Travin Keith, alias Marenkar, has been presented as a new member of the Nxt Foundation. This way, Marenkar will keep contributing in the marketing and web design aspects, as he was already doing for a long time, but now in an official way.

Travin has demonstrated to be a great professional and a tireless worker, and he can provide a lot to the future of the Nxt Foundation. The nxter.org team would specially like to thank you for your constant commitment, cooperation and support to the community. Congratulations!