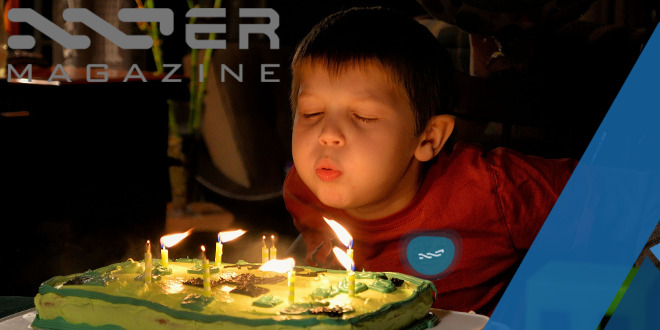 Here, we bring you some of the latest news about Nxt over this past week in November:

Martis has announced, on NxtChat on Slack, a hackaton for elections, organized by Tech City Lithuania, which will take place from the 2nd to the 4th of December, 2016. Since one of Nxt’s most exclusive and groundbreaking features is the Decentralized Voting System (which, in some occasions, has already been used by some other  corporations), it might be beneficial for some members of the Nxt community take part in this hackaton.

Here’s the original announcement that was published on Slack:

Democracy is not inevitable or a given; it must be sustained and strengthened by each generation. Today, democracy in the World is challenged by unlimited political contributions, polarized legislatures and opaque processes. Nevertheless, technology can make an important contribution toward improving democratic institutions.

With a strong belief in technology, “Tech City Lithuania” is organizing a hackathon focused on elections, politics and open democratic processes.

How can you participate?

Do you have an idea how to organize online voting? What tools do we need to improve data security? What data would make elections more transparent? Join civic hackers, data analysts and designers to make progress on these and other questions related to elections and politics.

These are the main tasks to be solved during the hackaton:

1. Display of voting results in real time
2. Data security
3. Voter identity authentication
4. Voters’ activity
5. Trust (possibility to check, that their vote was not changed and for vote anonymity)
6. All solutions in one

This is why they are looking for coders who could participate in it. People interested in helping with this event to use the Nxt blockchain should join the #developers channel on Nxtchat on Slack.

Cryptoholics did an interesting interview with the members of the Nxt Foundation – Travin Keith (AKA marenkar) and Dave Pearce (AKA evildave).

After a short introduction, Travin and Dave started the interview with a thorough explanation of the differences between Bitcoin and Nxt, pointing out the innovative and disruptive features that it has. Nxt isn’t just a coin, because it also has an Asset Exchange, Coin Shuffle, Data Cloud, as well as an official NRS client loaded with these functionalities and more. Anyone can create their own asset at a ridiculously low price. as well as use systems for many other functionalities that turn Nxt into a really complete decentralized cryptoplatform.

The interview also deals with other subjects, such as:

– What Ardor is and what it intends: Dave and Travin explains how Ardor will have a main chain and a lot of child chains. This way, the blockchain bloat problem will be solved and anybody can launch their own chain secured by Ardor (the users of the chain won’t need to own ARDR), all while many transactions will take place per second.

– Roadmap for the coming years: Governance in a decentralized community, what the current and future situation of cryptocoins are, and the Hyperledger project…

This past week, Nxt celebrated the third anniversary of its launch. Nxt was launched on the 24th of November, 2013, at 12:00 GMT. This 2.0 blockchain, also the first 100% PoS one, has had many changes and suffered big evolutions since its inception. Innovation and the inclusion of new features have been a constant trend during these three years, thus keeping Nxt at the forefront in its field and establishing a great level of security that some other supposed alternative coins can’t even imagine, all together with a passionate community surround it. So… HAPPY BIRTHDAY NXT!

Scott Thompson, editor at IBS Intelligence, wrote an article about Nxt where some current usage statistics are shown. Among them include: 2.3 million of transactions made, 160 000 accounts opened and 800 assets issued. Bas Wisselink, as a member of the Nxt Foundation and of Jelurida, also takes part in the article by expressing his hopes about the future of the platform.

Next Tuesday, November 29, 2016, will be the last day people are able to buy the printed edition of the book Nxt – Unsurpassable Blockchain Solutions on Nxt’s Marketplace.

This shop is open from 22nd Nov to the 29th Nov. The price is ~35$ in NXT, the price will be updated regularly.

The world wide shipping costs are already counted in this price. Don’t forget to send me your postal address.

How to buy the ebook (PDF+EPUB)

We’ll send a download link in the delivery message. We’ve already sent the download link to the assets holders (ebookeng, ebookfre, ebookrus). This assets don’t have any value now. If you want to buy the e-book, you’ll have to use the Marketplace shop.

During these celebrations, Come-From-Beyond, one of the first developers of Nxt, made the following announcement on BitcoinTalk:

BCNext decided to stay anonymous. To execute his will I publish the private key to 1BCN1ugdKdWd9pQ8Am9hMhtHZfmbXzxE8a address which was used to sign his messages, till today only BCNext had access to the key, since today everyone does. Feel free to take those few satoshis left on the address.

This surprising and brief message has served, for some community members, as confirmation to their suspicions, and it has taken them no time to assert that BCNext’s true identity is CFB, a presumption that has been in their minds for a long time, but lacked substantial evidence. For those people, this has been the definitive confirmation.

However, some other voices claim that, despite this suspicious statement, there are still some reasonable doubts about the real identity of BCNext, because many members of the original development team could have previously accessed that private key (and not just one person), so it will be impossible to assert who truly is the real person behind BCNext.

The ambiguity in the message from CFB (maybe consciously, maybe not) won’t let us draw definitive conclusions, and it makes all theories, to some degree, plausible. And maybe the lack of definite and undeniable evidences is the best because, this way, all Nxters can keep their mental picture of the person who was able to reflect the great, brilliant and original idea that, in the end, has resulted in the Nxt we know today. The debate is still on, so… Imagine!

User nxtdebitcard, a newcomer to the community, announced a few weeks ago on Nxtforum.org about the first NXT-funded debit card, together with a service for recharging your mobile number all around the world and many other services, all of them offered by the UQUID team.

Some of the advantages announced by the card issuer are as follows:

To be able to use it, we have to sign in to UQUID, where a new Nxt account will be assigned to us, so that we can make our deposits. The NXT sent there will be automatically converted to USD/EUR, at market price, by means of the Shapeshift service.

As with any other service, prior to using it, we recommend that everyone carefully reads the terms of use and the fees charged when using that service which, sometimes, can be significant. Some well-known forum users have already tried the card in a test buy with no problem.

I can confirm, that I ordered card and received it (in 2 weeks). Funded it and spent some EUR in shop with it. However, Bitcoin debit cards have been around for quite some time, like the ones offered by Wirex, Xapo, etc. Since the Nxt Reference Software allows us to directly use the Shapeshift service, by means of a couple of clicks we can convert some of our NXT into BTC, and use them to recharge our Bitcoin debit card on the platform we choose. We could also use the Nxt  Asset Exchange to buy SuperBTC (every SuperBTC asset is 100% backed with real BTC) in a decentralized manner, and use the Multigateway services to send these BTC to our card’s deposit account.

As we always do, we’d like to remind you to take the necessary precautions when trusting your NXT with third parties. These services use Nxt but are not a part of Nxt, so the security level offered by the NRS (where only you know your secret passphrase and where you can even set greater level of security with the Account control) won’t be the same once we’ve sent our NXT to these centralized external platforms.