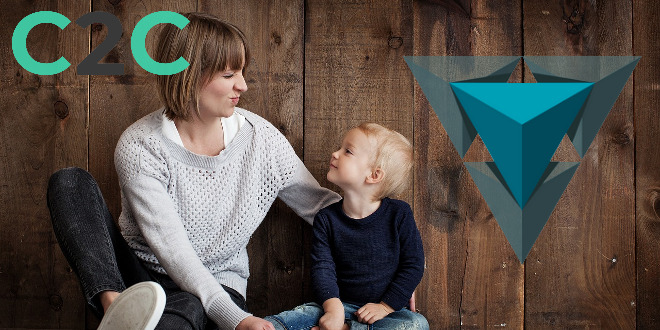 If you’ve been following our weekly newsletters, probably you’ve already heard about C2C (former CTC), a company that aims to develop innovative devices to easily convert your coins and cash to cryptocurrencies. You can have a look at their whitepaper here (update ongoing). Recently they’ve shared with us the following PUBLIC ANNOUNCEMENT about the swap from the asset CTC to C2C:

On July 8, 2018, at 23:11:44 GMT, the C2C airdrop was performed with asset ID 10904853980055209979, thus completing the swap from the “CTC” name to “C2C”. Announcements were made over Twitter in the days prior, as well as over the blockchain itself by utilizing the dividend distribution feature on Ardor via the Ignis Child Chain on July 6, 2018 at 7:19:12 GMT, coupled with the token named “CtCNotice” informing people of the incoming swap. Coordination with Stocks.Exchange to halt trading and to reinstate C2C trading was also executed completely without an issue.

Unfortunately, some users were not fully aware of these announcements and kept their buy orders live on the asset exchanges on the Ardor Child Chains. Even more unfortunately, some other users decided to take advantage of these users by selling the now-valueless token “CTC” to them, likely knowing very well that the swap was completed and that the C2C coin was now what the project was using.

Though C2C acknowledges that it does not have any control over the asset exchange as it is a decentralized marketplace, the team has decided to reimburse the losses of the victims via the asset exchange in C2C coins (for IGNIS and BITS), rounded to the nearest decimal, based on the equivalent market spot rate value at the time of the snapshot. Reimbursements to users who bought outside of the asset exchange will unfortunately not be done as it cannot be proven on the blockchain that they were victims of these actions. Though C2C maintains that it is not at fault for the issue, the company is performing this action as an act of goodwill to the community, both within the Ardor community and beyond, in the hopes that it will continue to grow in a positive direction.

The full reimbursement details are as follows:

The reimbursement will be performed within 1 week from the publication of this announcement. A sell wall will also be created for each child chain, to help prevent the price from going up. Beyond this, however, C2C is unable to restrict further scams from occurring as the token was set with full permissionless transactions when it was created and distributed.

We would also like to publicly list the addresses that sold to these accounts based on the publicly-available information on the blockchain. This is to act as a warning for community members when interacting with these addresses in the future in the hopes of preventing them to become victims by their actions. However, should any of these accounts choose to make a public apology and return the gains they have received to the C2C team to cover the compensation, their account IDs will be removed from the list.

We thank you for reading our announcement and we hope for greater positive and honest growth with our project together with our community.