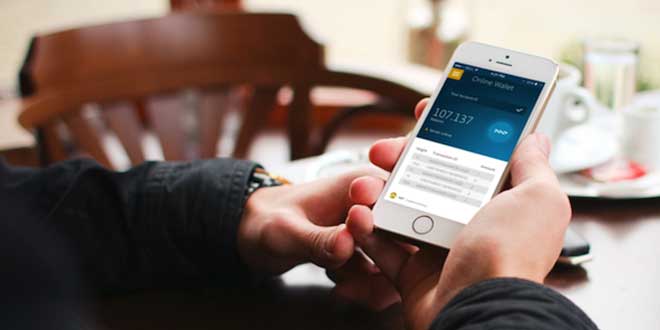 Nxt and SuperNET to the rescue!

There is only one reason that 7 billion people are suckered into the game of Central Banking, and that is FEAR. People FEAR others will take their VALUE away from them and they run to centralized bankers for help.

But, given that 97% of it is based on debt, how can the mainstream fiat monetary system which we’re still obliged to use meaningfully represent people’s VALUE – i.e. their economic self-sufficiency? Surely debt is the opposite of value, unless you’re a bank.

It seems intuitively obvious that money based on something tangible and in short supply, e.g. gold or silver, must be better for society than a minority elite creating money out of nothing. Indeed, until 1971 most national currencies were still based, albeit indirectly, on gold which at least is something that most people believe has intrinsic worth and which, more importantly, acted as some sort of restraint on the amount of money that could be created. But nowadays of course the (privately owned) banks simply create money without any effective restraint at all.

Result: the minority elite game the system and in the process steal more and more of our VALUE. It’s been going on now for a long time but it’s coming to an end. The fiat monetary system is broken beyond repair. The minority elite know it and they’re running scared.

Thanks to information technology and cryptography (and of course to ‘Sataoshi Nakamoto’), we now have a way whereby a minority elite can no longer continue to directly CONTROL nearly 100% of the VALUE. They can neither possess 100% of the physical and tangible NOR can they directly control the ledger.

Over the centuries, money has taken a wide variety of forms, including (to name but a few) gold, silver, iron ingots and cowrie shells and, since 1971, debt-based representative paper (i.e. fiat money) and, more recently, electronic digits in computer memories.

But whatever form it takes, money has no intrinsic value of its own independent of the value ascribed to it by those who use it.

WE ARE THE VALUE

To thrive, people need an honest ledger of account that is not easily co-opted. We need a neutral, unbiased record keeper. Gold is far superior to being an honest ledger than fiat, since gold is much more limited and can be held directly by the one who created the value. You can’t just hit the print button and have infinite gold come spewing out.

The Elite can use fiat to buy up most of the Gold, Silver, Opal, Diamonds, Platinum, etc etc etc, but the elite cannot ever buy up all the real value because real value resides in the people.

People may wonder what currency has the potential to hold its value the best. Another way of asking this is, what ledger is the most honest and the most difficult to control and manipulate?

Gold itself is not modern technology, therefore it does not play well with the Internet. Gold may never be able to integrate disjointed technologies. You have to take gold with you or you have to trust someone to hold it for you. If you pack gold with you it holds you back and if you keep it in a Centralised suppository it disappears.

To a certain extent, the private ownership of gold, at least in theory, is effectively a decentralised financial system, in that it enables transactions to take place between private individuals without the need for any centralised control, unlike fiat which of course is controlled by banks and governments. However, in practice gold only operates as a very basic, costly and limited form of decentralised financial system.

Fortunately, we now have available to us the ultimate means to have an honest, decentralised and extremely difficult to manipulate ledger; moreover, one that is becoming more flexible, integrated and powerful by the day. Unfortunately, very few People have so far adopted this technology, mostly because it is still not well integrated.

DeCentralised Technology is one of KEYS to releasing the shackles on humanity, and you can keep LOCKING it back up or support those trying to steal the keys.

A few months ago, while sitting on a plane, I fell into a bit of a meditative state where I picked up on some things I would never have realized only from conscious thought. I am a long time ‘spiritual’ person, of which there is literally almost ZERO support in the CRYPTO world, even though CRYPTO has immense power to aid the freeing of the world. I am also a bit of a CRYPTO fan and I was shown how the CRYPTO world was trapped in a SHOW ME THE MONEY, LINEAR, very male dominated type LEFT brain mentality. So, I thought I might dabble in trying to bridge the two and see what barriers I come up against, almost as an experiment. It’s as one might expect. The spiritual, new thought, more right brain types, don’t get crypto but are generally positive so crypto info is basically ignored with a few ‘interesting’ type comments, but very little interest.

Spiritual freedom is not well understood by the almost dismissive knee jerk reaction of the very male orientated left brain crypto world. I watch patiently waiting for the two to converge.

Write for NXTER.ORG and get paid in crypto currency