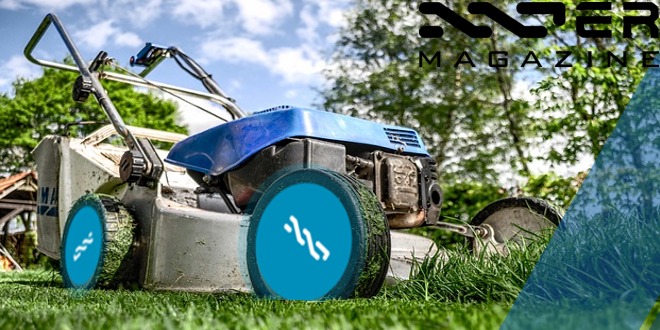 Below are more details about each of these topics:

The Nxt Foundation published a document with the general guidelines of its marketing strategy for 2017. The Foundation was created in 2014 to be a contact point for business and organizations and to link them with the decentralized open source of Nxt. Moreover, it has taken on some additional task such as community building and support, marketing, public relations, and education. Unlike what has happened with the other coins, BCNext, the anonymous creator of the platform, didn’t seek to make a killing with the ICO, but did so primarily for the token distribution of this PoS cryptoplatform. Because of the lack of resources after its creation, a lot of work done by the wider community was done voluntarily or by bounties set up by other community members. That’s the reason why assistance and participation from the community is still needed in order for Nxt and Ardor to truly flourish, hence the publication of this document.

As open source decentralized projects, Nxt and Ardor can only thrive when there is a community behind them. The Foundation will thus dedicate the necessary resources to support the existing community as well as to make it easier for new members to join the community

It has to be noted that this document isn’t mandatory, but rather intends to serve as a guide should members of the community wish to keep their efforts in sync with that of the Foundation.

The 6th CRYPT070 blockchain meetup will be held on the 23rd of March at The Hague. Nxt will be present at the event at 20:00 when Robert Reinder Nederhoed will introduce the future Ardor platform with his presentation titled “Colored Coins: What are the differences? What are the similarities? What are the perspectives?” It should be noted that one of the first real implementations of the coloured coin concept was the Nxt Asset  Exchange. Nxt was designed and built to leverage this coloured coins idea. Nxt coins can be designated (‘coloured’) to represent other crypto coins, stocks/bonds, property, commodities, or even ideas. As a result, the Nxt network can be used to trade almost anything.

If you are interested in launching your own virtual server to run your own Nxt node (or your own Ardor node for testnet) you can now pay using NXT thanks to CoinsHost, a company created by a group of professionals and cryptocurrency enthusiasts who focus on DDoS protection and secure hosting services.

We have developed a powerful proprietary DDoS mitigation solution that is capable of mitigating massive and sophisticated attacks, leaving a targeted website or service unaffected.

CoinsHost designed its infrastructure with redundancy in mind – enterprise-class Supermicro® and Cisco® hardware, multiple TIER-1 upstream providers, dual power source with UPS, diesel generators and automatic switchover, multilayer IP packet filtering solution allow us to provide unmatched DDoS protected hosting with highest availability at a very reasonable price. We treat decentralized currencies based on encryption as completely legit payment methods and encourage our clients to pay with them. Besides Bitcoin, Litecoin and Nextcoin P2P currencies, we accept a wide range of other payment methods…

You can choose among many different sizes of servers, with Linux or Windows as your operating system. Since Nxt is a PoS coin, it doesn’t require powerful servers to run, thus the most simple and cheap server offered by this company is more than enough to create your Nxt or Ardor node (or even both simultaneously) and start forging. Set up your node and start collaborating with the Nxt network by forging blocks and you’ll also be entitled to participate in Megalodon’s campaign to earn even more NXT!

Riker, Nxt and Ardor core developer and member of Jelurida, made a post on Nxtforum announcing the release of the first version of the software to evaluate the operation of private blockchains, which a modified version of Nxt 1.11.4. Using the “Private Blockchain Evaluation Kit”, users will now be able to rapidly prototype, develop, and test Nxt-based applications on a private, local testnet, without having to join the public testnet or the production blockchain.

We expect this evaluation release to be useful for the following purposes:
1. Application developers who plan to eventually deploy their application to public Nxt blockchain.
2. Businesses evaluating the suitability of the Nxt platform for their own private blockchain use case.
3. Academic research and experimentation with proof of stake blockchain technology.
4. Users who want to learn how the Nxt blockchain works, without having to purchase NXT or ask for testnet coins. Any company can use this to setup a private network, the limitation of this kit, is that the Genesis account with a well known passphrase can submit transactions. We believe that this by itself prevents the usage of this private blockchain for production and that whomever wants to use it for production will need to license a fully functional version from Jelurida.

The license doesn’t allow production use

In the “Nxt in the Media” section of this magazine, we also mention other news platforms that have covered this launch.

On the 11th of March, Jean-Luc, Nxt and Ardor lead core developer and member of Jelurida, released the last version of Ardor for the tesnet v2.0.2, and it’s a mandatory update due to its incompatible changes.

This release introduces an incompatible networking change in bundler rates propagation and is therefore a mandatory update for all Ardor testnet nodes.

This version brings some improvements in bundler rate handling and APIs. Among theses changes include: the Bundler rates changed to being broadcasted every 30 min instead of an hour, the added Bundle action for child chain transactions in the UI, some bug fixes, and many more (see the full changelog here) This new version also includes a full installer for Mac devices, which wasn’t available in previous releases. You can download it from https://bitbucket.org/JeanLucPicard/ardor/downloads/ardor-installer-2.0.2e.dmg

If you’re interested, you can ask for testnet tokens here.

Most people involved in the cryptocurrency ecosystem are aware of the Proof of Work algorithm that Bitcoin uses. People often talk about the big mining farms with plenty of powerful computers that waste an incredible amount of energy and other resources, as they need to compete against each other in a race to generate the next block in the Bitcoin blockchain. This can lead to a certain level centralization in the hands of miners. JP Buntinx, writer of this article for The Merkle, goes over this issue and enumerates some coins that can’t be mined, i.e. ones that don’t use Proof of Work to run. Nxt is listed among them since it is the first 100% Proof of Stake cryptoplatform:

NXT is a popular altcoin that cannot be mined in the traditional sense. It is possible for users to forge new coins, but it doesn’t require dedicated hardware to do so. Instead, users need to leave their wallet open – assuming it contains a balance – and they will earn small amounts of interest in the process. NXT runs a proof-of-stake algorithm, which makes mining in the traditional way obsolete.

Fintech.Finance wrote about the launch of the Private Blockchain Evaluation Kit by Jelurida BV to make it possible for people to perform private and local tests of private blockchains based on Nxt, which will allow developers to test their apps in a secure and safe environment, as we have previously mentioned in this same newsletter.

Lior Yaffe, member of Jelurida, states in the article:

The Nxt Private Blockchain Evaluation Kit we have designed creates a safe, ready-made environment for businesses and developers to test how Nxt can be applied to their needs. It provides a comprehensive kit to answer any questions potential users might have regarding the efficacy of Nxt Blockchain technology.

This article by Jimmy Nicholls at Payments Compliance explains how the Monetary Authority of Singapore (MAS), with the support of big banks such as HSBC, JP Morgan, and other financial groups, are ready to begin testing whether cross-border payments could be carried out using distributed ledger technology, following a successful pilot for carrying out interbank payments which will work together with the country’s electronic payment system, thus becoming a concrete use case for the distributed ledger technology. The text reveals some details about the procedure and also offers some opinions from relevant people in the blockchain environment, such as Travin Keith, a board member of the Nxt Foundation:

…both banks and consumers could gain from lower costs associated with the project. While the banks themselves will definitely benefit due to the lower costs of transferring funds from one bank to the other, these savings could be passed on to their customers as well… The distributed ledger technology industry as a whole will benefit given the initial steps of the adoption of the technology not requiring an overhaul of the current system.

I think other jurisdictions with a similar infrastructure in place can adopt systems like these especially given Singapore’s overall positive reputation in banking.

Matt Cesare and Andrew Stiles wrote this article at First Report Economics where they go over the role and objectives of the Nxt Foundation. The text explains how blockchain technology has a great future ahead because of the great versatility and security it brings to the world of finance.

Instead of transferring information linearly from base A to base B to base C, information is updated through all parts of the chain.

An example may clarify this: when sending a legal document via email, the receiver must sign that document, save the changes, and then send back the new version of the document. In contrast, blockchain technology is more similar to editing a document on Google’s live document editing tool; editors can change the document simultaneously, and all changes are updated and saved real-time, all while the record of the changes are kept.

The article also mentions some of the third party projects that benefit from Nxt technology, such as Janus, Digital Billions, SuperNET, and others.

The Nxt Foundation is the primary point of contact for companies who intend to build something on Nxt. It’s composed by well-known members among the blockchain industry, such as Damelon, founder of the Nxt Foundation, who has recently become an advisor of the Internet of Coins board, and Travin Keith, a board member of the Foundation, who is in charge of (among many other things) representing the Nxt Foundation as it collaborates with Hyperledger. Definitely a great team to achieve great results!

Thanks to @Hyperledger for including me on their #FF list today! I'm already following 2 and will follow the remaining 3. #blockchain https://t.co/lOxqoQYoyy