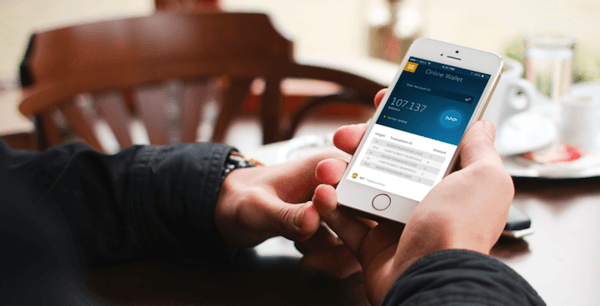 Crowdfunding has started and will run between June 13th to July 13th 2014 (or shorter).

Status: After just 5 days, the project is well funded and will be implemented! 🙂

I’ll keep the asset sell order open at least until the project roadmap is done – just in case someone doesn’t want to miss being part of this. 🙂

The following features are planned:

* Adding/creating multiple accounts with the option to store the account secrets in an encrypted password protected wallet on the device. Wallet backup available.
* Support for Reed-Solomon address format.
* Showing balances for registered accounts in NXT.
* Showing transactions for registered accounts.
* Contact list (account numbers with names)
* Sending NXT + Support for QR codes (scan a QR address, display a QR code for an address or a receive request (address plus an amount and a description)) + NXT corporate design

The following features are NOT planned:

– Block explorer like functionality
– Aliases (showing them, registering them, etc.)
– Asset exchange support
– Voting and whatever comes up next out of the core. 😉
– No explicit tablet support (Nexus 7/8, etc.)
– No support for forging on the Android device

The following features would be nice, but it’s not clear yet if they can be implemented:

– Showing balances for registered accounts in NXT, BTC, USD and EUR. Also showing exchange rates.
– Listing in the Google Play Store as a free app (not sure about their rules yet, but this is of course vital for mainstream adoption of NXT)

I issued the asset “AndroidCli” (Asset Id:  12414770996347165541 Account: NXT-X5EB-VSL5-Z7DU-3GWTJ ) for project fund raising and put up sell orders at 1 NXT. If you want to fund this projects please buy as many assets as you want to fund in NXT. As long as the fund raising is running you can step back from funding by transfering the assets back to the issuer account NXT-X5EB-VSL5-Z7DU-3GWTJ. I will then send the NXT back to the sender account (done at least once a day, but you might want to pm me). The fund raising will run for a maximum of one month (June 13th to July 13th 2014), but I might decide to close it earlier if I feel the project is well funded. If I decide the project is well funded (might happen any time I see fit or after one month latest) I will no longer redeem NXT for assets transfered back to issuer account. If I decide the project is not well funded after one month, I will cancel my sell order and put up a buy order at 1 1XT so that everyone is free to sell the asset against my buy order with minimal loss (2 NXT in transaction fees).

marcus03 developed one of the first and most used easy to install Nxt Clients for Windows/MacOSX, the NXT Solaris desktop client. However, in April marcus03 thought that NXT Solaris was no longer needed, and he stopped developing it and handed over the code. As nxtQaunts were implemented in the NRS, and the API calls in the NRS core changed, NXT Solaris became unfunctional. Marcus03

I wrote NXT Solaris in a way to be able to use parts of the code for mobile devices and after the recent discussion about the need for an Android client, I want to offer the following project to the NXT community.

In other words: Marcus03 has proven his worth. Interested? Then let’s raise the funds and make this beauty handheld.