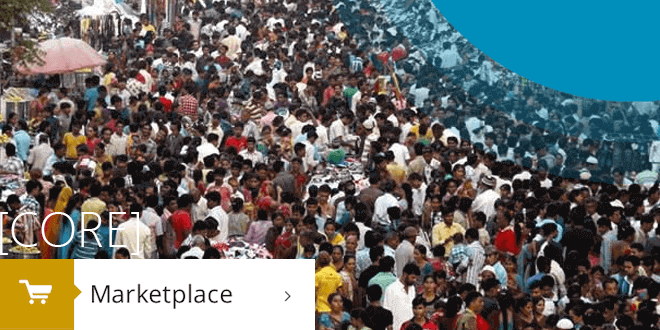 Nxt is a hugely versatile and powerful platform, with a massive range of functionality. Nxt’s current and upcoming releases have already incorporated capabilities that are each a sole or major focus for other coins – shuffling, decentralised asset exchange, voting, messaging and more. Few other platforms have anything like Nxt’s sheer number of tools.

However, this extensive toolbox is both a strength and a weakness for Nxt. There are the killer services, like the AE, which has seen massive use since its launch 18 months ago. Then there are other functions such as Voting, which have seen some use. Others, like Aliasing, have attracted some interest but have yet to find a widespread use-case.

Then there are other features, each impressive in their own right, which have become all but lost under the other tools that are taken out and used on a daily basis. Three of these are the MS (Monetary System), Digital Marketplace, and Tokens.

The MS is a fantastic innovation that aims to simplify the creation and administration of new coins. It allows anyone to design and issue a new, off-the-peg cryptocurrency on top of Nxt – choosing from a list of features and using the Nxt blockchain to secure it, rather than bootstrapping a whole new network.

In theory, this should have been far more popular. After all, new coins are created every day, mostly by cloning bitcoin and tweaking one or other parameter. But it hasn’t happened with Nxt MS.

There are at least two reasons for this. One is that the MS has a clunky and somewhat user-unfriendly interface, which makes it hard to engage with the process, whether as an issuer or user. Secondly, these coins are not independent. They are based on Nxt and require NXT transaction fees, rather than fees being paid in their own currencies. NautilusCoin (NAUT), which was ported to Nxt, deals with this issue through a dedicated wallet that deducts fees in NAUT automatically, taking care of the conversion to NXT behind the scenes.

It may be wrong to think of these as truly independent new cryptocurrencies, but that doesn’t mean MS lacks use cases. One of the most obvious and powerful lies in crowdfunding – as recently proved by the Tennessee marketing campaign. TNSSE (the coin code) collected 10 million NXT for marketing activities. Two built-in properties made this a safe process. Firstly, if the 10m target was not met, all pledged funds would be returned to the senders automatically. Secondly, TNSSE tokens cannot be transferred or sold, except back to the issuing account. This ensures that no fraudulent secondary market develops.

The Marketplace – originally titled the Digital Goods Store – is the true Cinderella of Nxt. It’s a great service, but it’s all but unused. It enables users to buy and sell digital files – music, ebooks, images, software and apps – quickly and easily, and returns their money if the link isn’t provided in a given window of time.

The Marketplace has seen almost no adoption. At first, a few people used it to sell physical goods, despite the fact that it wasn’t designed for this – there is no way of ensuring that a physical object has been delivered, whereas delivering a file is a different matter (though of course, there’s always the problem of ensuring it’s the right file). A few people also sold music on it. There was a significant project, Melodius, which aimed to use DGS to power a platform for independent artists. Coupled with a seamless fiat gateway provided by an exchange, the idea was to keep Nxt very firmly in the background, using the platform to make it easy to upload and sell music without the assistance of a major label. The project was unfortunately mired in complications and delays, and has not (yet) made it to completion.

The marketplace remains under-used and almost unused. Once again, the reason may be the friction of converting funds into NXT, as well as a lack of visibility outside of Nxt circles, let alone crypto circles. With a proper interface and fiat gateway, and the right marketing, it remains a powerful proposition.

One last function that deserves a mention is tokenisation. This is a rather obscure process, but it has far-reaching applications.

A token is a string of characters that encapsulates a given piece of text (a name, phrase, URL – it doesn’t matter) and the public key of the user providing the token. Tokens can be created easily within the NRS, simply by providing your passphrase and the required text. This can be decoded by any other user, again using the NRS. There is no charge for this.

What this means is that users can provide cryptographically verifiable proof of ownership. Anyone can, for free, create a token which proves they own a particular address – without needing to show anyone their passphrase.

This may sound mundane but the implications are profound. Tokenisation could be used for signing into websites, for example; submitting a token consisting of the website’s URL and encapsulating the user’s Nxt address could allow them to log into their account without worrying about passwords or usernames. The username would effectively be the Nxt address, and there would be no concerns about passwords being hacked from the site, because a password would never be submitted – ownership of the Nxt account would be confirmed from the token.

Tokenisation isn’t unique to Nxt, though it makes it very easy. However, this action could be combined with further Nxt services. For example, in connection with the Marketplace, it could be used to subscribe to an online journal or media service. Files could be made available to the recipient’s Nxt account on submission of a token that proved their ownership of the account in question. If a Nxt account is also used for payment of a subscription, a token could be used to establish that the user had paid their fees – and access cancelled once the period covered by the fees expired.

Nxt’s toolbox enables a vast, thriving system of trustless e-commerce. Going into its third year, we hope to see more of these being realised.

View this in: 简体中文