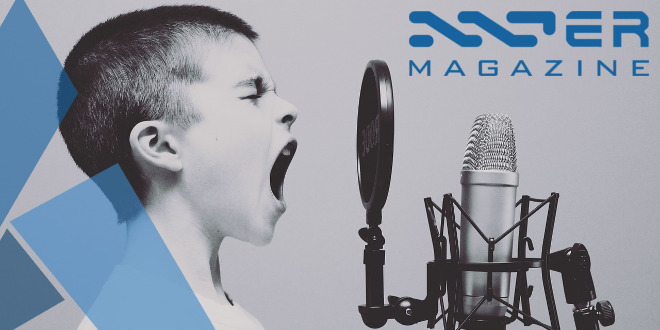 Travin Keith, Marketing Director of the Nxt Foundation, has announced that Jelurida, the corporation that brings together all the Nxt and Ardor core developers, has become an Organizational Supporter to the Nxt’s Foundation Supporter Program. Jelurida now joins Janus and Sigwo Technologies in their economical support to the Foundation.

Some members of the community, such as abctc, Arthur Penzl, CryptKeeper, Eddie Willers, Farl, Lior Yaffe, lolik, Martin Rönnebeck, Robin, Savandra, Sazan, Sebastiaan, Wilhelm, among multiple others, have also joined this initiative as Annual Supporters in order to increase the sustainability of the Nxt Foundation.

The Supporter Program was launched in early 2017 with the purpose of creating a source of regular funding for the activities of the Foundation to promote the use of Nxt and Ardor blockchain technology. Becoming a supporter also comes with many benefits, such as being listed on this page and having your own @nxtcommunity.io or @ardorcommunity.io email address. Please note, however, that while the Foundation is grateful to its supporters, being one is not a sign of endorsement from the Foundation.

All members and supporters of the community, both individuals, and corporations, are invited to support the Nxt Foundation as much as they can. The Foundation has been doing a terrific job for the Nxt community for years, achieving remarkable results thanks to the efforts of its members, despite not having a lot of funding when it was launched.

Lior Yaffe, Nxt and Ardor core developer, has confirmed his attendance to the Retina technological forum that will take place on the 9th of May in Madrid (Spain), organized by both EL PAIS, the largest circulation newspaper in Spain, and Accenture. A lot of executives from many different Spanish and Latin American corporations will come together at the Palacio Municipal de Congresos de Madrid to attend to this meeting.

Throughout the day, visitors will be able to learn about the business opportunities and some new applications that blockchain technology has to offer to many different industries to transform business, and how innovative companies can use this technology.

RETINA and ACCENTURE would like to invite you to BLOCKCHAIN, the forum created for better understanding the challenges and opportunities of the technology that is changing financing, business and the concept of trust itself.

We’d like to tell you about the exciting times that we are facing in this digital transformation. Come join us!

During the forum, many different round-table discussions will take place and lectures will be given acclaimed experts. Lior will be giving a presentation about a real-life use case and how it could benefit from blockchain technology:

You can book your tickets at elpaisretina.com.

In our previous newsletter, we announced that Kristina Kalcheva and Tomislav Gountchev, both members of Jelurida, were going to attend to the 8th edition of Webit Festival Europa, which took place on the 25th and 26th at the Sofia Tech Park in Bulgaria. According to the organizers, Webit is the most influential event in the field of digital economy and technology in the region.

The event was a complete success and many people came to visit the festival, which attracted innovative start-up projects to the interesting conference schedule offered during the two days. Tomislav also had the opportunity to give a brief presentation to some of the attendees at the start-up pavilion about Nxt and Ardor features. 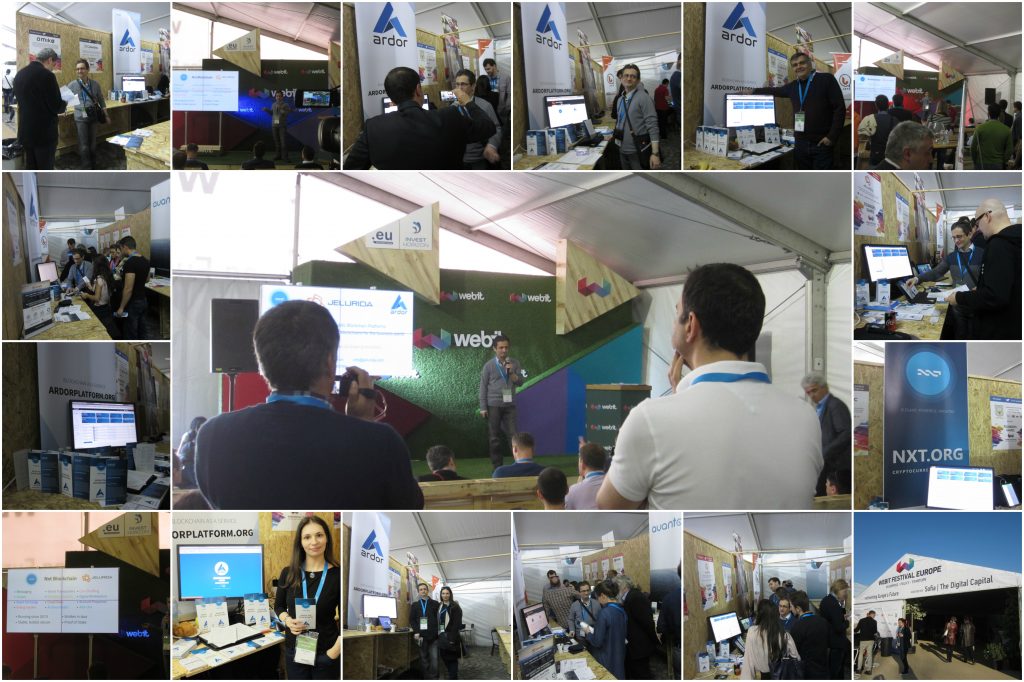 Kristina, once the two hectic workdays for Jelurida at Webit were over, stated:

We were the first to arrive at 7:30… It was a great day, we talked to tons of people and gave out more than 1500 brochures. Even the president of Bulgaria got one… Quite an educational campaign we did today… but many knew about Nxt and asked about Ardor, too…

I’m very happy with the attention that Nxt and Ardor got from people who are now discovering blockchain but also from these who want to use blockchain technology for their projects.

Today, May the 1st, 2017, begins Adel‘s Initial Coin Offering (ICO). After many months of preparation, users can now take part in the first ICO round of this blockchain incubator that will rely on Nxt for its operations.

Adel is a global cryptocurrency community that is self-sustained and offers its own economic ecosystem with the Adelphoi token. Our community focuses on creating, developing and implementing use cases involving blockchain technology that covers a wide range of digital and physical industries. Supported projects are developed, discussed and decided by community members. 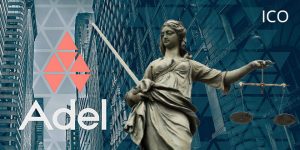 Adel will have three rounds of ICO to ensure a controlled deployment of funds as various projects are introduced to the community. There will be a total of 100 million non-mineable Adelphoi units available in the Adel ecosystem, with 33,333,333 released in the first round…

In the first White Paper we can find all the details of this ICO process:

There will be five stages for stakeholders to earn different bonus percentages for their BTC and tokens converted by ShapeShift. This bonus refers to the amount of Adelphoi the stakeholder will receive, and is directly proportional to their voting power within the community.

The first ICO round will be open for four weeks. The ICO will be open to most of the available cryptocurrencies via ShapeShift and Changelly. After the first round of ICO, the total amount will be proportionally calculated and exchanged for 28,333,333 units of Adelphoi. Five million Adelphoi will then be allocated to the Adel team. 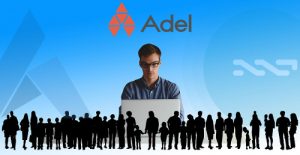 During the past few months, the Adel team has presented a lot of documents explaining the operation of this new ecosystem. On the official website you can find a number of White Papers, some detailed project’s proposals, Frequently Asked Questions, and much more information. With this, anyone interested can easily access as much information as they need to take an informed decision.

Adel’s ICO will be the first to comply with Anti-Money Laundering (AML), Counter-Terrorism Financing (CTF) and Know your Customer (KYC) regulations.

TheWireMaster, a member of the Nxt community and admin at NxtFolks, has given all nxters a nice surprise by releasing a new musical hit inspired by Ardor. It’s a catchy song that would have gone to the top of the charts, if  TheWiremaster hadn’t decided to release it for free, but now anybody can enjoy it. You can now listen to it for free at Soundcloud.

It’s not the first time that TheWireMaster offered us one of his songs. In 2014 he already composed a song for Come-From-Beyond, one of Nxt’s first core developers, which you can buy at Nxt’s Marketplace.

Jean-Luc, Nxt and Ardor core developer and a member of Jelurida, started a new thread at nxtforum to discuss and propose some solutions to some of the problems that public open source blockchains are facing. Blockchains are usually covered by copyleft GPL licenses which, in certain cases, aren’t enough to protect the stakeholders against copycats, thus hurting the ecosystem and users.

Jelurida is working on a new “coinleft” license model for its upcoming Ardor platform, better suited for open source cryptocurrency projects, which would make sure that not only the value of the source code is protected when the code of a blockchain project is used in another blockchain

In order to achieve that, Jelurida is proposing the following solution:

The new Jelurida Public License (JPL) under which our Ardor platform is planned to be released, will have the following requirement, as an addition to the current GPLv2 clauses. Anyone can use the Ardor source code in another blockchain platform, provided that:

All of this intends to protect the community and boost the development of the platform, thus avoiding situations such as the one we talked about in a previous newsletter, where a large institution cloned the code of Nxt to develop another solution, without making the new code available to the public, thus violating the GPL and avoiding this potential improvements to be incorporated to the original platform.

Jean-Luc adds to the above:

Under the JPL, any Ignis holder could sue a license violator, because they are given rights under this license…

…if any clone does an ICO and makes it big while violating the license, either Jelurida, or any Ignis holder can initiate a claim, and complying with the license after such a clone is launched would be harder then just allocating the sharedrop from the beginning…

…this also gives some unique value to Ignis tokens, that no other child chain can have

Beeridiculous is the author of this Steem Nation newsletter, which is published at the Steemit.com platform. This time, he has decided to talk about the second generation blockchains Nxt and Ardor. In the article, he gives a brief description of the two of them:

Nxt revolutionises the financial technology, crowdfunding and governance industries by providing not only the groundbreaking NXT crypto-currency, but also a powerful, modular toolset to build with in any way Nxt users can imagine. Nxt gives users complete freedom to create their own applications. 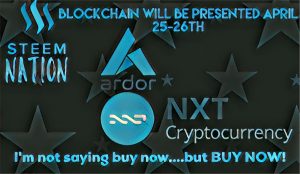 Ardor is a blockchain-as-a-service platform that will allow people to utilize the blockchain technology of Nxt through the use of child chains. Since all processing will be done on the Ardor main chain, child chain creators won’t need to worry about common issues when creating a blockchain as well as securing it with enough nodes. Child chains will be able to utilize features currently seen in Nxt such as decentralized phasing, voting, and trading, as well as be able to interact with other child chains on the platform, including IGNIS, the first child chain to be launched.

Neocash Radio is a weekly radio program driven by JJ, Darren, Randy and Pedro, where they discuss different trends about cryptocurrencies. This channel started their operation 4 years ago, a considerable amount of time dedicated to talk about news and the evolution of the crypto ecosystem.

In this week’s program, they deal with several subjects. Among them (min 2:30) is a brief presentation to Nxt (and Ardor), it’s history, from BCNext to Jelurida, technical details of the Proof of Stake system, and some details of the coin, such as the block time, block generating method, and the usage of brainwallets. Also mentioned is the Nxt client itself and all the functionalities incorporated in the core of this blockchain, such as is the case with the Asset Exchange, the Decentralized Marketplace, and the Data Cloud. They also made sure to mention the upcoming Ardor launch, which will bring even more features and allow for the creation of  child chains, among others. 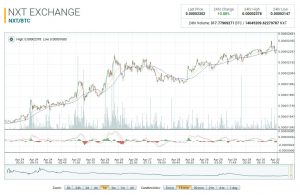 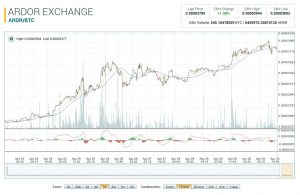