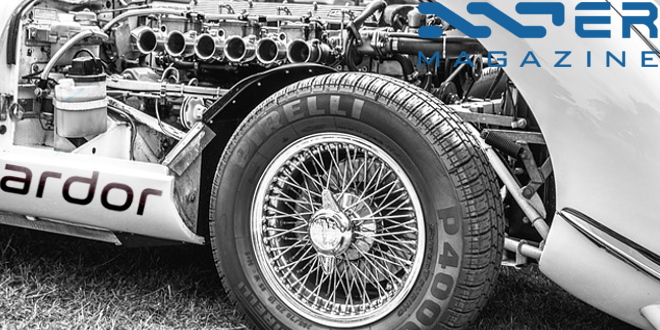 Gartner is one of the world’s leading information technology research and advisory company oriented towards businesses. It operates in more than 90 countries and has about 9,000 associates who assist thousands of companies around the world.

Recently, Gartner hosted a special webinar by Rajesh Kandaswamy, Research Director of Gartner, which analyzes some facts and trends of blockchain technology, starting with a brief explanation about how a blockchain works, then moving on to it’s evolution, how blockchain activity can benefit most industries, and the large capatalization that this technology is achieving.

Rajesh reminds us that this technology has a lot of potential, but hasn’t matured yet. There are also many notions about blockchain that aren’t true, either because they are just plain myths or because they haven’t been developed yet. Moreover, the ecosystem is still a little blurry, with many different platforms solving different problems, as is the case with Nxt, which is included in this report which can be considered to the detriment of other blockchain platforms that the crypto market considers more appealing. 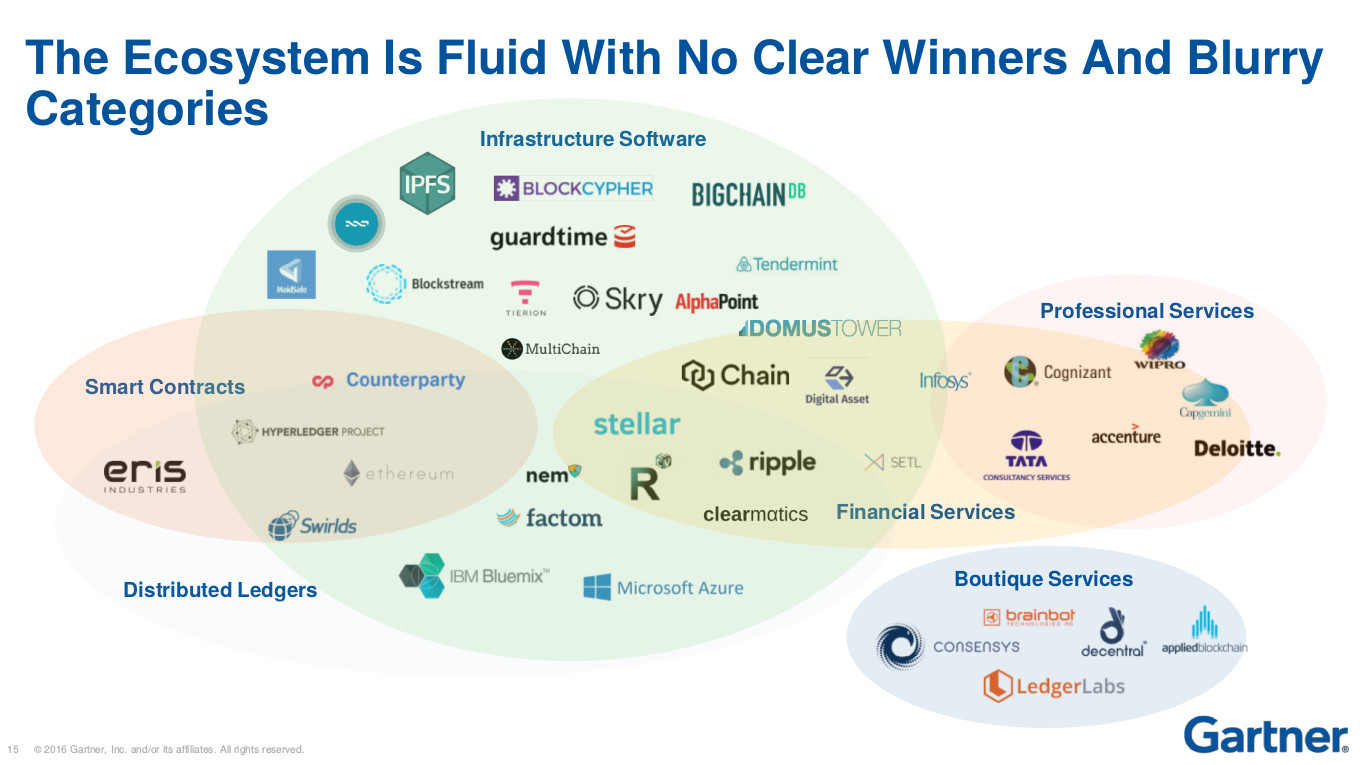 Last February, Coinbar launched a joint project to increase communication, awareness, and education among different crypto platforms, as well as the promotion and expansion of the user-base of each project.

That’s the reason why they decided to connect the chats of all of these projects on Slack in a single unified channel called #slack-shared-network. 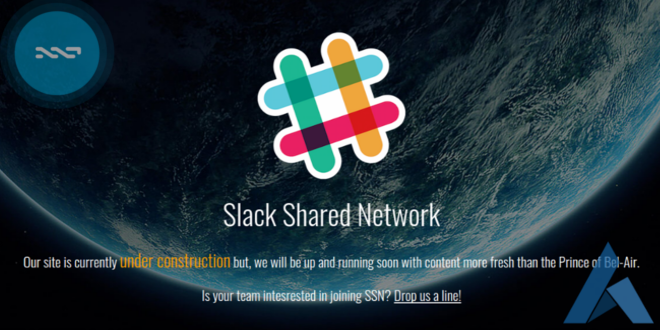 This way, users can now start a friendly discussion with other crypto communities and share ideas and solutions with them.

Betterbets.io, launched by members of the Janus team, is one of the most popular casinos with the highest volume among provably fair and secure bitcoin gambling sites. It’s also where you can use NXT to place your bets. Stats since the integration of NXT have been recently shared with the community.

Since January 21st stats on NXT use for betting on betterbets.io Total Bets: 23,436,483   Wagered: 128,010,206 NXT
Considering it was a gamble to add NXT as it’s not usually something a business showcases for gambling these statistics are very good and higher than I’d anticipated. Very cool, I haven’t checked this for over 3 weeks it’s solid

Travin Keith, board member of the Nxt Foundation, also points down:

1/8th of the entire NXT supply wagered on Betterbets!

The Janus ICO is still going on and 90% of the profits coming from NXT betting at Betterbets will be given away to the holders of the Janus token. The team, according to the predefined strategy, will raise the price every three months, thus benefiting early investors while giving the opportunity to current doubters to join later, though at a higher price, when more news comes. You can buy your JNS assets on Nxt’s Asset Exchange. Moreover, at the beginning of every month, (though on the 28th of March this time for April) dividends are given away among owners of the JNS asset.

Zuqka, a member of the Nxt community and booster of the solar forging device for Nxt, has been assisted by Vanbreuk to launch the public a live demo of the Ardor Testnet. This way, anyone who wants to try out the functionalities of Ardor without having to download or needing to configure the client, as well as without having to wait to the launching of the Ardor main net, expected to happen in the third quarter of 2017.

You no longer have an excuse! You just have to type the following address on your web browser https://demo.ardorplatform.org/index.html and create a new account to start experiencing the future Ardor platform.

Keep in mind that this is an experimental version that runs on testnet, so, for security reasons, you shouldn’t use your Nxt account and passphrase to try it out.

In addition to the already-known features that were introduced, Ardor will also bring some improvements to make it easier to set up nodes, thus strengthening the network.

There will be no hallmarks in Ardor. Hallmark while being an innovative feature 3 years ago did not prove itself as adding protection to the network and its awkward design made it difficult to refactor the peer communication. In Ardor we are launching completely new and much more efficient peer communication network developed by ScripterRon which will render hallmarks obsolete.

In Ardor all nodes will have same trust level. Same as any other blockchain.

In nxt 1.x we do not observe significant security increase when using hallmark nodes, my understanding is that large stake holders don’t want to hallmark their nodes in order not to reveal their online identity. This defeats the purpose of hallmarking.
Node owners that do hallmark their nodes attract larger traffic which just adds to centralization not to security. 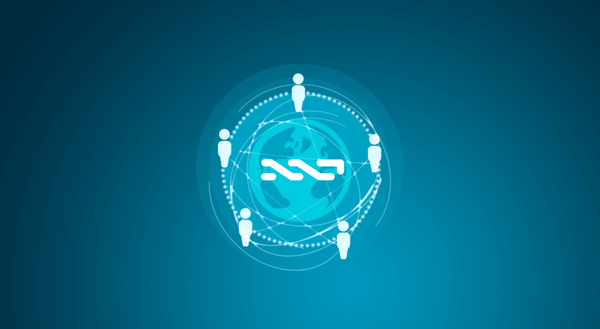 When asked whether these changes could somehow mean an increase of uncertainty for those who set up a node for the first time, Lior answered:

Hallmarks does not offer protection against this, anyone can set a hallmark. The blockchain download is always performed from several nodes in parallel so one malicious node will be identified and black listed.

Light and roaming client are in danger of connecting to a remote malicious nodes. This is not a concern with submitting transactions since they are signed and validated locally but it is a concern in a case a malicious node feeds the client with false data. To mitigate this we implemented the client status icon and hallmarks doesn’t help against this anyway.

In addition to the foregoing of hallmark nodes, Lior has also clarified what will happen to the current ARDR assets on Nxt, once the Ardor blockchain is launched:

When launching the Ardor mainnet with balances based on the NXT Ardor asset, we’ll have to make the Ardor asset disappear from NXT so that users are not confused or scammed to continue trading it as NXT asset. This would be another hard fork for NXT.

Link to join Nxtchat on Slack

TheWireMaster, an active member of the Nxt community, recently published an article on the NxtFolks platform with some comments and clarifications about Nxt and Ardor, in order to make things easier for newcomers.

As explained in the text, there currently isn’t an Ardor client for the main net – it’s just available on testnet. The only wallet that runs on the main net at the moment is the Nxt wallet.

The final launch of Ardor’s network will take place in the third quarter of this year. Until then, it will only run on test net. In the meantime, you can buy/sell the ARDR asset on the Nxt Asset Exchange, just like any other asset. When Ardor is released, you’ll be able to use the passphrase you currently use to log into your Nxt account to log to your Ardor account, where your Ardor tokens will have been credited according to the amount of ARDR assets you hold in your Nxt account.

Furthermore,the article also mentions that the ARDR token will be erased from Nxt once Ardor is launched, by means of a hardfork, as we’ve already mentioned earlier in this newsletter

TheWireMaster also launched a special promotion for those of you who may be interested in signing up at NxtFolks:

Just to remind you that if you subscribe to nxtfolks.com and add you NXT address you get 10000 Folks (MS)…

The blockchain news platform NewsBTC, founded in October 2013, publishes useful news, interviews, and other bits of information related to the most popular cryptocurrencies.

In the second episode of NewsBTC TV, they focused on the Nxt blockchain. This time, Bas Wisselink, advisory board member of the Nxt Foundation, and Co-Founder of Blockchain Workspace, appears in an interview where he gets the opportunity to show the working space that the Foundation has at A Lab Amsterdam, Lab.208. Bas also makes a brief introduction explaining how Nxt works, its origins, its functionalities, some differences with other platforms, etc.

Coin Idol asked Bas Wisselink, advisory board member of the Nxt Foundation and member of Blockchain Workspace, for his opinion as an expert in blockchain concerning a dispute between another platform and Coinidol.

I was asked to give my opinion on a dispute between an alleged scammer and Coinidol: https://t.co/q5Wcf9epLi

Beyond the central topic of the article, older Nxters may fell some nostalgia when remembering some landmarks in the history of Nxt, which are included in Bas’ explanation, which can help us visualize the exemplary behavior of the members and developers of the Nxt community when they faced adversities, and how they’ve managed to emerge stronger from them:

Bas Wisselink: …we were the first non-bitcoin platform that allowed people to issue Assets. So we had our shares of weird propositions that still managed to scam a lot of money out of people and we as a community were continuously forced to think about how to handle them (and whether we should do something in the first place).

We also had our mini-version of the DAO debacle, when an exchange was robbed of 5% of the complete supply of Nxt tokens. To roll back, or not to roll back? Our community decided overwhelmingly not to, and instead we helped the exchange to do negotiate a rebuy from the actual robber. The exchange, who had very vocally (and understandably!) was for a rollback, took this option and bought back what they had lost. 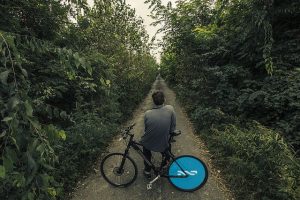 (Bas) represented NXT … and assisted in negotiating the return of 45 million stolen NXT’s from the BTER exchange alongside Lawyer-of-NXT, DomP, and Amadeus.

Jacques Favier, the person in charge of La Voie Du Bitcoin, is also the owner of one of the copies of the collectors edition of “SNAPSHOT – Nxt, Unsurpassable Blockchain Solutions”. Now, after reading the book, he is making his personal opinion about it public on their blog. 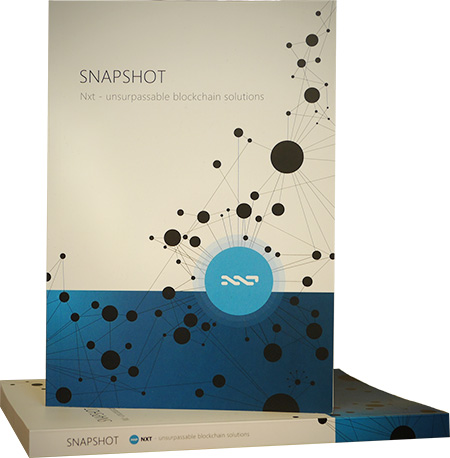 Jacques, known for being an articulated writer with an elaborate rhetoric, has analyzed the book, which includes the most relevant events related to this platform that have taken place over the past 3 years: the ICO process carried out by BCNext, the anonymous creator of Nxt, the disruptive features of the platform, the decentralized community, the BTER hack, the Nxt Foundation… and many other aspects, all until reaching the Ardor chapter.

Some interesting quotes that we can find in the blog (in French) are:

The book shows a kaleidoscopic version of the Nxt ecosystem…

A good portion of the book can be read as a type of political manifesto about decentralizacion….

Nxt is presented as a revolutionary tool for businesses, in a business world where the word blokchain became fashionable but was still devoid of content…

When you read the anecdotes included in this book, is surprising to see that just a few wise bankers use Nxt instead of Bitcoin…

Remember that you can buy a copy of “SNAPSHOT – Nxt, Unsurpassable Blockchain Solutions” at the Nxter.org shop. You can also choose to download the digital edition for your electronic devices, or a paper edition, thanks to the Print-On-Demand service by Lulu. 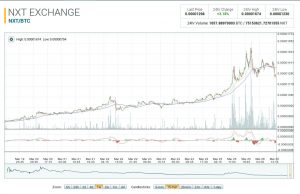 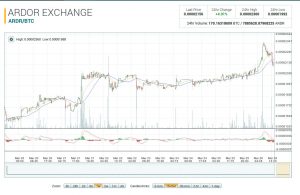