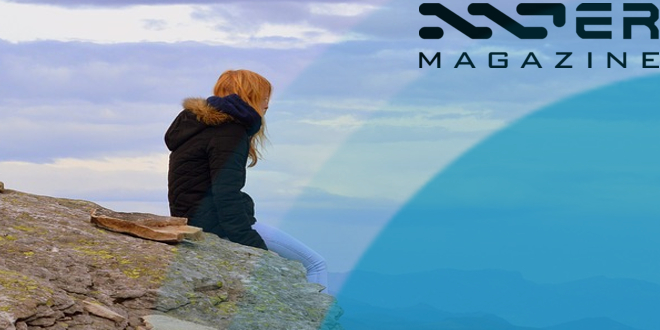 Here are some of the latest news about Nxt over this past week in January:

It’s become common that some users of the MyNXT.info online wallet, the popular service brought to you by some members of the Nxt community (a service which isn’t a part of the official Nxt Reference Software), ask some questions to the Nxt community about how they can check their asset balance, more specially, their ARDR balance as this option is disabled by default.

In October last year, CryptKeeper shared a small step-by-step guide that shows you how to install the free plugin which is necessary in order to view and transfer your Nxt assets on this web wallet.

A short description for installing the Asset Plugin on wallet.mynxt.info to see your Ardor

The Asset plugins in MyNxt do not have currently the option to attach a message to an asset transfer, as required by Bittrex. This is as far as I’ve seen an unusual requirement for an exchange deposit, but I have reported this to the MyNxt website developer so this modification can be added to development list.

With this brief statement, BTC38, the popular exchange based in China, and one of the most utilized to trade NXT, announced that ARDR was included into its platform, thus allowing users to exchange it for BTC and vice-versa:

In just a short amount of time, the exchange climbed up to the third position by volume among all the exchanges that allow you to trade ARDR. We should also point out that on BTC38, the NXT/CNY pair is also the 4th-most traded cryptocurrency on the platform. Also ARDR/BTC has become, in record time, the 9th-most traded token there. A brilliant start.

With BTC38, there are now six exchanges (plus Nxt’s Asset Exchange) that let you trade the ARDR asset.

Some Nxt users with programming abilities have shown some interest on how use the Account Monitor feature, by means of the fully-featured API that the Nxt platform has. Some well-known developers of the Nxt community have come up with some solutions to this end, including websioux or ScripterRon, Nxt Core Developer:

If you have that many to check or more, yes, you’d better check the transactions when they appear on your node. But remember blockchain reorgs do occur and in that case you should detect it, and check if it has a consequence for your treatment or not. Otherwise, it’s probably not going to take that much to check the transactions of 1000 address, I’d bet for something between 1 and 10 sec.

One possibility is to use the EventWait API.  You can be notified when blocks are pushed and popped.  For a rollback, you will get a block popped event for the old block followed by a block pushed event for the new block.

Additionally, “regular” users can also benefit from this through a service that some third parties are offering. With this, you will receive an email every time something happens in the account you are monitoring, as we mentioned in our November newsletter:

If you are a developer who is having some trouble using the Nxt API, you can ask for some help at Nxtforum or in the #developers or #helpdesk channels at Nxtchat on Slack.

Jean-Luc, Nxt and Ardor core developer, announced the inclusion of two new features to the future Ardor platform in addition to Coin Exchange, a feature that will let you trade one child chain token for another child chain token, or for ARDR. The latest features included are:

Those two are already implemented in Ardor

Jean-Luc has also published a chart on nxtforum.org that compares the major differences in the functionalities between Nxt and Ardor:

* Functionallity marked with asterisk is planned to be implemented in a future Ardor release. All other functionallity is already implemented and currently being tested on a testnet blockchain.

Riker, Nxt and Ardor core developer, published a list of all the remaining tasks that have to be completed before the Ardor Testnet goes live. There isn’t an exact date when the the launch of the testnet will take place yet, but it will happen in this first quarter of 2017. It’s important to note that after some previous leaked images, the market capitalization of Nxt and Ardor went up, which shows how many people are keeping and eye on these projects. Obviously, there is a lot to be expected.

Getting closer to the Ardor testnet release but still some way to go.The server code is nearly complete and the APIs are mostly stable… Most of the work will now focus on getting the client UI ready for release

Here is a list of remaining tasks which we would like to complete before the official release:
– More work on the Coin Exchange page and tables
– Prefix each MS currency name with the name of the chain to which it belongs – partially implemented
– Ability to link from a child chain transaction to the ChildChainBlock transaction in which it was bundled – done
– Improve the entity properties modal to support entities like orders and offers – done
– Format amounts and links in the entity properties modal
– Test and fix currency reserve/claim tables and modals
– Remove child chain specific widgets from the Ardor UI
– Reomve Ardor specific widgets from the child chain UI
– UI for the new “by holding” dividend modal
– UI for the “by holding” dividend history

Irem Sokullu, of The Percept platform, conducted an interview with Bas Wisselink and Dave Pearce, both members of the Nxt Foundation. Bas and Dave answered questions concerning basic concepts of the blockchain, its philosophy, new possibilitie, advantages of decentralization, and the key differences between PoW (Bitcoin) and PoS (Nxt), among other questions.

Here is a snippet of some of the questions that you can find in the full article:

Irem (interviewer): Bitcoin is using Proof of Work and NXT uses the Proof of Stake. Please tell me more about the difference. .

Bas: PoW can be characterized as a contest. The strongest computer assaults the cryptographical puzzle fastest. So, the more powerful equipment you have, the more Bitcoin you will mine. That leads to a large hardware race and a lot of power consumption. Proof of Stake is more like a lottery in which each coin in the system can be seen as a ticket to the lottery. The more ticket you have, the more chance you get to generate a new block. You don’t spend hardware and power on that lottery. It is an energy efficient system.

Dave: Participants put their stakes into the system, software choices in a semi-randomized way who gets the reward next. NXT has 1 billion tokens. That is the way Proof of Stake works to ensure the trust in the system.

The Percept also recorded a video interview with Bas: