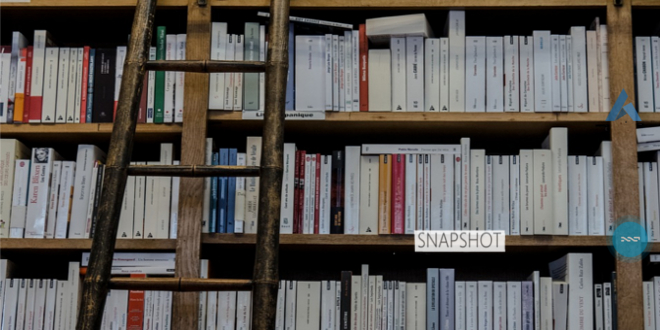 Here’s some of the latest news about Nxt over this past week in February:

Below, are more details about each of them:

After the successful sale of the printed collector’s edition of “SNAPSHOT – Nxt, Unsurpassable Blockchain Solutions”, where 200 numbered units were sold in record time, Nxter.org has finally made this book available in digital and PoD (Print on Demand) editions. Now, anyone who’s interested in owning a piece of Nxt history can buy it. You can buy the book straight from Nxter.org or through many other popular distribution platforms.

The book is a collection of articles, which, after a short introduction to the concept of blockchain technology, looks into the history of Nxt, the world’s first 100% PoS blockchain 2.0 platform that’s oriented to both users and businesses. From its tumultuous launch in 2013, the pros and cons of its distribution model, and the anonymous inventor, BCNext, who handed over the source code to the community and gave them the responsibility to enhance the tech and ecosystem, the book takes the reader on a journey through ups and downs, features, use cases, business projects, and organizational adoption of the technology.

– A collection of articles, which, after a short introduction to the concept of blockchain technology, looks deep into Nxt.

The multi-million dollar fintech and blockchain industries have been advancing at a rapid pace over the past few years, so why is Nxt, an underfunded open source project, still the most advanced? In 228 pages, the articles found in this book tell the story of how a group of mostly anonymous people, investors, cryptographers, economists, and, certainly not least, software developers, as well as businesses, set out to change the world.

If you buy the digital edition of the book from NXTER.ORG you’ll also receive a FREE BONUS of a code to redeem 100 NXTP assets, the pdf version of the Nxt 2nd Anniversary e-book, all together with the “SNAPSHOT – Nxt, Unsurpassable Blockchain Solutions” ebook package (.mobi, .epub and .pdf)

Buy it from the Nxter Shop

After a few weeks completing the necessary work and sharing some of the images, on the 11th of February, Jean-Luc, Nxt and Ardor lead core developer, has finally announced the launch of Ardor’s testnet. After some previous testing done by some members of the Nxt community who were very knowledgeable about the platform, the Ardor testnet is finally ready From this moment on, much more testing on the features that this platform offers is needed to be done before the launch of mainnet in the third quarter of this year. Thus, this period of time is not only meant to let people have a glimpse into the capabilities of Ardor, but will also let the developers make sure that the platform works properly and make the necessary minor adjustments.

This is an experimental release for testing only. Source code is not provided.

Come on and join us to test the new platform! You can download the software from Github and start experiencing Ardor right now!

This new version of the NRS has been released just one day before the launch of Ardor’s testnet. The changelog for this version includes some minor bug fixing, small changes in the way the media files are dealt with in the Data cloud, as well as updates to the Jetty version.

You can download the NRS update straight from your current Nxt client or from Github. Always make sure that the given SHA256 signature is exactly the same as the hash of that file. You can check this using your NRS wallet or other online third party services that allow you to do so, so that you are absolutely sure that you are receiving the legitimate file.

In April 2016, Russia’s National Settlement Depository announced that they have successfully developed a decentralized voting system, based on Nxt’s Voting System, that was able to process 80 votes per second. Since then, we’ve recently heard that this project was nominated for the Futures Options World Award, which took place last December. This project was announced with the following statement:

The prototype is based on the NXT distributed cryptographic platform, and uses ISO 20022 international standard for messaging. NSD has been working on the project together with DSX Technologies. The project’s open-source code is available on GitHub.

As we mentioned in a previous newsletter, the NSD has ignored the GPLv2 license conditions, and still hasn’t released the code of their new development. The repository they previously used (https://github.com/dsx-tech/e-voting/tree/master/sources/e-voting) only shows a CLOSED SOURCE “nxt.jar” file under the “libs” folder, and the client-side code, which is used to interface with that modified Nxt server code. Therefore, the NSD is clearly breaching the conditions of the license.

Below is an extract of the FAQ for the GNU GPL v2 license:

We’d like to remind businesses, financial entities, governments, or any person interested in using the Nxt code, that they must respect the license agreement.

Websioux, admin at scriba.io, among others, and member of the Nxt community, has published an interesting article on the news platform Decentralize Today about the Nxt blockchain and the future Ardor platform. The text talks about the new usage possibilities that this technology offers to entrepreneurs and how it can be profitable for their traditional business.

The internet is available 24/7 for a party to sign any contract and for outsiders to verify contracts integrity!

The initiative for starting a nuclear regulatory commission using Nxt, which we mentioned in a previous newsletter as well, is one of the innovative examples that the author, already a member of that club, sets as an example of what can be achieved with Nxt.

In this article by Tamer Sameeh published on Deep Dot Web, the author talks about Smart Contracts, a concept that was coined by the cryptographer Nick Szabo aiming at revolutionizing contract law and formal business practices via the innovation of electronic commerce protocols among trustless parties across the internet

The author explains the evolution that this concept has experienced, its practical applications, and how this concept is applied in different blockchains. Among these, he includes Nxt, though inadequately in our opinion, because Nxt lacks this specific feature of Smart Contracts

Riker, a Nxt and Ardor core developer, clarified some time ago this subject:

“Rather than providing smart contracts, NXT is focused on implementing important use cases and functions directly into the core of both Nxt and Ardor. This approach has proven to be scalable and secure and will become more so when Ardor is released”

However, the text is correct when mentioning that Nxt has a comprehensive API that allows users, together with the Smart Transactions that are implemented in Nxt, a great versatility when developing something close to a Smart Contract.

A portion of the article is based on the results of a research paper published here, a document that has some inaccuracies about the Nxt platform. Fortunately, Pablo Lamela, one of the authors of the article, had the opportunity to chat with Lior Yaffe, to clarify some of these questions. This is what Riker stated after that talk:

Had a good call with @palas and explained a few things about NXT (and ETH), I hope they’ll incorporate my feedback into a more accurate paper

Have a look at the Developers Section to learn about all the features that Nxt has.

In our December newsletter we mentioned the announcement of Dave Pearce, board member of the Nxt Foundation, about the biggest event related to blockchain technology in Europe this year, “BlockShow Europe 2017“, which will take place on the 6th of April. The date is fast approaching and many representatives of fintech and blockchain companies are confirming their attendance

The Nxt Foundation is very proud to announce that the Nxt and Ardor community will be represented at the CoinTelegraph BlockShow Europe. We’ve got a booth/table in the main exhibition space, and will be organizing an Nxt/Ardor presence at the show.

We’d like to get as many Nxters as possible to Munich for this show, so reserve your ticket now, via Eventbrite, using our referral code NXTMUNICH

ThinkMind, a news platform, has published an article, written by Mariusz Nowostawski and Christopher K. Frantz, included  at The Sixth International Conference on Social Media Technologies, Communication, and Informatics – SOTICS 2016

The article presents a novel institutional perspective on the distributed consensus and ledger technology known as blockchain. The text talks about the tools that blockchain technology brings to push Distributed Autonomous Institutions and the benefits they would bring, such as facilitating global interactions, contracts, and value transfers, all of which are achieved without the need for the human-based third party.

The author also explains how the technology offered by Nxt/Ardor allows us, even today, to achieve this objective:

A proposed solution to this problem is the use of child chains to coordinate asset-based transactions as implemented in the new blockchain alternative Ardor… In contrast to Ethereum’s support for general-purpose code, Ardor will concentrate on specific asset-based transactions… The security model is further strengthened by supporting complex preconditions for the execution of transactions… The concept furthermore includes built-in mechanisms to manage governance and decision-making processes in a reliable and anonymous fashion.