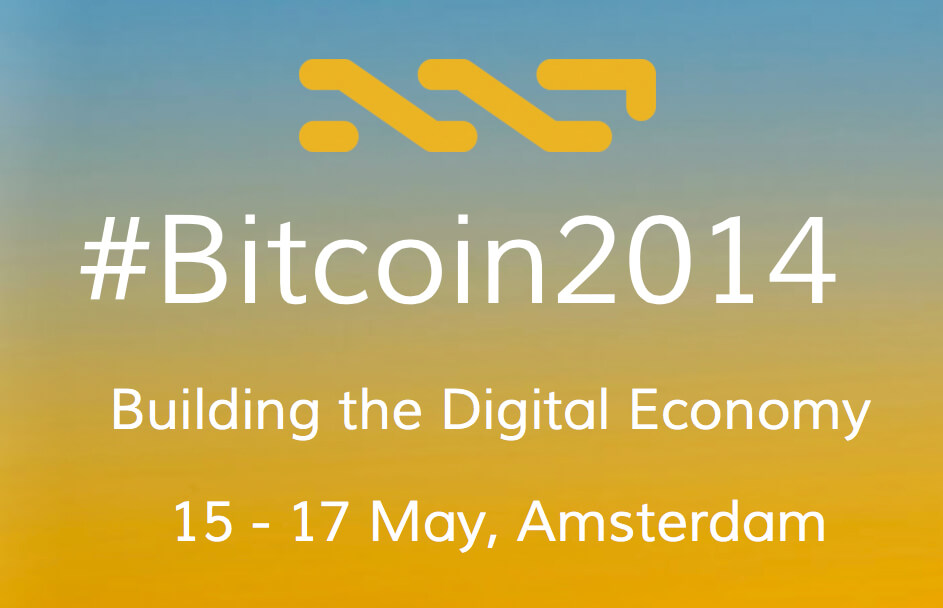 Bitcoin 2014 is the annual international forum, exhibition and networking conference organised by the Bitcoin Foundation for the fintech industry. It’s where investors, technologists, regulators, executives, entrepreneurs, developers, and policymakers gather to collectively shape the future of cryptographic money worldwide.

Join us in Amsterdam, one of the most prolific fintech hubs in Europe, to get a glimpse into the future and the opportunity to be a part of building the digital economy.

Let’s hear it from the horses’ mouths.

How did the representatives of the Nxt Community feel after a long exhausting day in Bitcoinland?

We have had so much attention.

The day started brilliantly, as Patrick Byrne mentioned Nxt in his keynote speech as one of the projects he finds interesting.

This led to a wave of people coming to check out to see that Nxt was.

We basically were with 6 people (we met user coretechs at the Conference and he was a brilliant pitcher for us and helped out brilliantly: thank you!) and were occupied most of the time.

People came from all walks: we talked to bankers who were interested in the AE, we talked to lawyers interested in developing a legal structure for AE trading, we met normal users, business owners, the generally interested, wallet builders, 2nd Gen collegues (Ripple and Mastercoin), Bitcoin fans etc. etc.

We are definitely on the frigging map! Both Dave and I are losing our voices, and we japped our mouths off. l8orre and chanc3r managed the more technical questions, which was needed, because some people really wanted the nitty gritty where I would have just stood slack-jawed if we wouldn’t have had real experts with us. All conference teams should have a dev with them, it’s invaluable and you will be taken much more seriously!

Berzerk has been doing rounds all day just making introductions and gathering cards and opening up contacts that we afterwards can follow up. I am very happy that someone actually can work in a “serving” but necessary role. Big props for Berzerk there.

Dave managed to combine his volunteer organising tasks with easily chatting with people and getting valuable contacts. We both took the part of basically telling the “story of Nxt” over and over again, so people could grasp that we were new: new code, new blockchain, not a coin but a system, and no, we do not have a chairman, no HQ, we work as a community!

We have created loads of follow up opportunities today and we still have a huge wishlist of contacts to visit tomorrow! It’s one of those rare things to get out of a full conference day being pumped instead of tired because YOU have to chase people! Most people came to US!

Going to relax a bit now, put my tower of business cards in a safe place and prepare for tomorrow.

On behalf of the Conf. Crew, I’d like to apologise for the lousy updates here.

The good news is that we can’t update because the NXT booth has been completely overwhelmed with people for pretty much the entire day, It’s very difficult to describe the amazingly positive buzz thats happening here with NXT: it seems as if everyone here is interested in NXT in some way.

The buzz is not only about NXT, btw, the whole conference is totally optimistic about the future of crypto, Bitcoin and alts. Its a very powerful feeling.

Couple of random things: the RaspPi Solar is a brilliant conversation piece, all the tech dudes love it. Myself and Bas have developed a charging system demo for the solar panel…. as you lift it up towards the overhead lights, the charging boards LEDs start to flash as the current goes up. i think we have that on video, to be posted in a day or so….

Legal aspoects of 2nd generation features (and the legal side of crypto in general) is a recurring theme in teh conversations we’re having. We really need to think very carefully about what we are doing with the AE, for example. Luckily we made some very good legal contacts: Norton Rose Fulbright are the law firm in crypto, and we’ve had about 3 sessions with the guy who is heading up their crypto point group. Had some other lawyers as well….

We will work up a full list of contacts (with proper notes on each) when the conf is over, Sat is the last day.

As i said earlier, we are so busy, that any keyboard time at the booth means ignoring interested people. We’ve had 3-5 NXT guys on the booth all day, and I can remember only a couple of periods of a minute or 3 with no-one actually deep in a conversation with an interested attendee.

I went on a mission to annoy all the mining-rig companies today, invite them over to see the RPS, and all I got where mostly NXT-positive miners

A quote from one ASICS guy: ‘I’m a miner by day, NXT investor by night’ No-one was unfriendly (and i was annoying), the worst response I got was just not very interested. If you can’t get miners to hate on NXT, what is the world coming to?

Oy. yeah, i’ve lost count of the number of people here who hold some (or a lot of) NXT…..I’d guess that 10% have some NXT holdings. And this is the serious end of the Bitcoin world……

Bitpay gave me some stuffed toys for my kids, and said very firmly that they where NOT going to use anything other than Bitcoin for the forseeable future.

They get 10,000 mails per day (maybe I’m exagerating) from alt-coin fanbois requesting their fave alt be used by Bitpay. So I suggest that we simply leave them be for a while, maybe check at the end of the year how they feel.

Spoke to 2 exchanges who may want to list NXT, one with a dollar/crypto gateway. Might need help with integration, but they’re not asking for bribes….

This is just a sample, there’s so much more good stuff to share with you lot, but I’ve got to be up early in the AM.

(BTW: last time I saw Berzerk, Damelon, L8orre and Chanc3er, they were heading off to a local bar with a posse of lawyers……..much free legal advice coming up)

I’ll try to post some pics in a bit before I hit my bed.

Bas…
Are you drunk?

Thank you. I will send you some LOVE on AE. The future will not be centralized. It will be you.