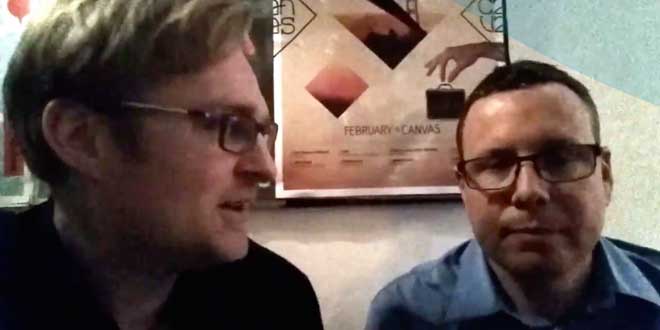 Here’s some great listening for you – Nxt core developer Riker chatting about Nxt, other cryptos and investing with Marc De Mesel, an investor who has 35% of his investments in NXT.

Marc wants to learn about Nxt’s anonymous lead developer Jean Luc, about where Nxt is now, compared to Ethereum and other blockchain ‘competitors’, and also about the recently proposed changes to the Nxt protocol (the NXT 2.0 proposal).

Also: how Nxt, if version 2.0 were to proceed, would become a sidechain and how, with version 2.x, more sidechains could be added. Instead of implementing Some Asset < > Some Asset trading, Nxt 2.0 would make all Nxt AE assets tradeable across all sidechains, globally.

Nothing is yet set in stone, but as the Nxt 2.0 design has been discussed and refined for at least 6 months already among the Nxt core developers, there is every indication that Nxt 2.0 in its essence will be programmed as proposed, with all the remaining details hammered out in cooperation with the users, the active Nxt Community.

Riker mentions how Nxt 2.x could also be of benefit to companies, a user category which has shown a lot of interest in the Nxt Monetary System (MS) but been reluctant to use it because of the current need for users to pay transaction fees in NXT.

Now, with Nxt 2.0, they would be able to launch fully secured sidechains with Nxt features but without the sidechain users having to buy NXT to use it. As an example, Nxt MS tokens could be used as concert tickets, and only the business running the sidechain would have to pay fees to the Nxt main chain forgers.

Another obvious use case, via the Nxt MS’s crowdfunding feature,  would be to run crowdfunding campaigns in the sidechain currencies, such as fiat or Bitcoin.

Some organisations would probably want their own private blockchains, and ask the Nxt core developers for their help. But would any such private work which the Nxt core devs might get paid to do ever benefit the Nxt investor? Should we be looking for companies which would be willing to pay for the core development of the open sourced Nxt? Or would such companies get too much power over development?

Is there a risk that, if Nxt became a sidechain with Nxt 2.0, the value of NXT would CRASH bringing down with it all AE asset prices, as some people have been claiming in the ongoing discussion regarding the design proposal? If so, should AE asset issuers and asset investors run away from the Nxt blockchain asap?

You’ll have to decide for yourself, of course. The crypto market is volatile and unpredictable, so who can really tell.

Lots of noise on this video, lots of good information too.
Thanks to Marc and Riker for doing this interview in Amsterdam.