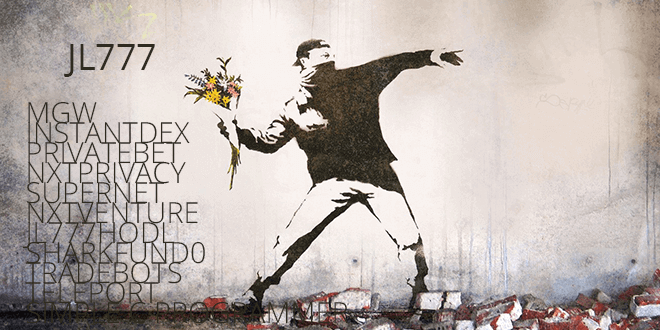 This article is the second in the ON TOP OF NXT series. Part 1: What is Nxt building

Nxt is more a platform than just a currency and this is not coz its technical implementation allows to easily add new features. “Platform” should be read as “stepping stone” to changes in the global society.
So, to make it clear, BCNext’s goal was to create something intermediate, a bridge to the next stage of human society progress. For the others Nxt may, of coz, have another purpose…

Jl777 is known as a visionary and hard working 3rd party developer of projects that run on the Nxt platform; more recently he became the core developer of Bitcoindark (BTCD). An active Nxter in the Nxt Community since December 2013, his first innovation to go into BETA operation was the Nxt Multigateway, an “almost” decentralized crypto exchange and currently #64 on coinmarketcap. He’s also the issuer of various well-performing assets on the Nxt Asset Exchange (AE) – most of them connected to the wide array of projects that he is currently programming on top of Nxt.

Jl777 (or “James” as he signs his posts) is an innovative spirit whose constant flow of ideas can often be hard for others to keep up with, especially given his prodigious work rate and the fact that, engaging as he does with anyone wanting to debate his ideas and his work-in-progress, his posts appear all over the place in various forum threads.

James answers questions, adds a few new ideas, sleeps on them and the next day, lightning having struck, may just happen to announce another new feature for the project under discussion.

And with projects like NxtPrivacy, Privatebet, NXTServices, NxtInside, Teleport, InstantDEX, Tradebots, jl777HODL (to mention just some), there’s lots of scope for followers of James’ work to engage him in debate, thereby helping to drive the projects’ evolution.

Wholly original, self-contained thoughts are rare, think of Einstein’s theory of relativity or Darwin’s theory of natural selection. Instead, innovation more usually consists of new combinations of already existing ideas. James is aware of this and admits it bluntly.

My idea is to treat Nxt like OS/CPU for computers. Let other coins get the branding and Nxt is under the hood doing its thing. To make this more than just a great idea, I spice it up with revenue sharing from the business each node generates, so not only do they get the 2.0 crypto features, they get extra money.

Crypto needs to work together without reinventing stuff that already exists. fiat is the enemy, not other crypto.

Think back to before the IBM PC. Reading the history, there were dozens or maybe more different OS, but each was incompatible, isolated. Very similar to crypto today. They are all doing pretty much the same things (gen1 coins I am talking about), but they are not compatible at all. Using this OS analogy, it is like skipping past the stage where DOS took over the market and straight to Windows type of graphical interface and uniting all computers (gen1 cryptos) under a same OS. Different computers put a different graphics, so you get Compaq desktop, Dell whatnot, etc.

So why start this ON TOP OF NXT series with an article about James? What has he to do with the question of Nxt being a coin or a token, about BCNext and building services? A few weeks ago, James made a paradigm-shifting announcement, one that is currently shaking the crypto world to its very core.

James announced that he wanted Nxt to be used by other cryptocoins, not via exchanges, but by bundling the coins with Nxt, the platform, and thereby adding Nxt’s 2.0 core features to the 1.0 coins themselves. Sounds far out? It’s a different take on the thoughts of BCNext, which veteran Nxters should be familiar with.

NXTs r not coins, at least the creator of Nxt didn’t want them to be coins. They r tokens that grant privileges to support Nxt. (…)

BCNext understands that this is very arguable, the community should decide if it wants to follow the path showed by him or stick to Bitcoin legacy with unchangeable supply of coins in hope to become rich by doing nothing.

Nxt Inside is something I am reaching out to other coins to do. Each new coin with Nxt Inside is a totally new community that instantly becomes NXT users. Their coin gets the advantage of all the NXT 2.0 features, NXT gets more nodes and users for AE, Marketplace, InstantDEX, etc.

The first step is to get the coin traded in MGW, then there is a direct reason for them to want reskinned NXT GUI. Maybe they strip out everything but the AE for their coin, or maybe they keep all of NXT.
Now people are hesitant to be the first, so I make BTCD do this as example and then other coins will copy, especially if BTCD does well.

BTCD is an altcoin that’s going to enable trustless private transactions via a Teleport-code.
You can read more about the coin here: https://bitcointalk.org/index.php?topic=684090.0

NxtInside allows it to integrate Nxt features as well. The following features will be integrated:

NXT will be bundled with every BTCD node. It will be the same NXT AE, the same NXT marketplace, the same NXT InstantDEX, Tradebots, Privatebet and generating NXT fees, users, nodes, etc.

And the user experience for BTCD’ers?

They [The users] might not even know it is NXT (though anybody who looks will find out), it is like the “Intel Inside” of Apple computer. The Apple computer is the brand, the Intel Inside is the CPU. The BTCD is the brand, the Nxt Inside is the thing that powers the 2.0 crypto features. BTCD will have a normal bitcoin QT. In it there will be a button that launches a web browser, which goes to a reskinned NXT GUI.

You have to realize that in the land of bitcoin clones, the QT wallet is all they have. All this new stuff is totally new and to go from bitcoinQT to current [Nxt] web GUI is quite a culture shock, but the nearly universal reaction is, “wow I never knew NXT was so cool!”

NXT is a platform more than a coin, it needs to go inside other coins. Why should people spend time cloning or recreating NXT? This does not help NXT and the result is sad things like NAS, NTX, etc. Why not combine forces instead of dilute them. Make a DOGE 2.0 where they plug into supernetwork and have AE, Marketplace, etc.?

This basic mechanism will be offered to other coins also, who will also then become part of the supernetwork.

Nxt inside other coins…

Like that, Nxt Inside can provide 2.0 features to any coin on the market.

It makes perfect sense to have a reskinned NXT GUI, just so they can directly trade their coin. Now why would they go out of their way to remove all the other features? See, Nxt Inside and everybody is happy. New coin gets an exchange they don’t have to bribe to get listed, no fees to trade, and they get lots more 2.0.

NXt Inside would have been achievement enough for most, but even before most of the Nxt Community really understood the impact that NxtInside *could* have on Nxt, a call for unity among crypto coins through a network called SuperNET was posted in the bitcointalk forum. By James.

This is the network that will be created by joining all the participating coins into a single unified network. Each coin will of course continue to operate normally, but there will be an option to use any of the services that are available in the Supernetwork. Each coin that joins the network makes it bigger and also adds its unique tech that is then crossmarketed to all the other nodes.

I am estimating 100,000+ nodes are achievable and the best part is that it is clearly not a zerosum economy at all. The more coins, the more transactions, the more revenues. Just from InstantDEX alone, the expected revenues are significant as even with a smaller than centralized exchange fee of 0.1%, the fact that 100,000+ are able to directly exchange their crypto in near realtime assures a stable revenue stream.

The coins that are added will each have to pass some threshold of value that they add to the Supernetwork and also the community needs to be a positive cooperation based mentality. The zerosum dog-eat-dog competitive world is probably needed in mature fiat world, but it has no place in crypto. We need to join together to create a giant Supernetwork that will be a magnet to pull as much fiat into crypto as possible.

Interested coin representatives can send their application to: coins@thesupernet.org

What James is in the process of doing is something Bitcoin can’t offer. True innovation is often found in the altcoin world, but altcoin developers struggle to survive and their communities fight each over small market shares in a crypto market where BTC is king. Bitcoin core developers are well-known for turning down services that want to utilize the bitcoin blockchain, dismissing them as “blockchain spam”. James on the other hand welcomes them, and offers SuperNET as a way to connect and unite all the best altcoin innovations while at the same helping everyone to make a profit.

Assuming we succeed over half the top 50 will have NXT in some form.

To make this more than just a great idea, I spice it up with revenue sharing from the business each node generates, so not only do they get the 2.0 crypto features they get extra money. Crypto needs to work together without reinventing stuff that already exists. Fiat is the enemy, not other crypto.

Any crypto coin, in fact any website or software, will be able to connect to the SuperNET API and to all other people connected to it. Because every user will run a node it’ll be impossible to lock down. It’s like a decentralized internet for cryptos, offering its users the benefits of any innovative coin and service in the core, and of course the platform itself – Nxt.

This is also the sort of thing BCNext had in his plan, at least I believe it follows the spirit of his plan even if some details have been changed.

With the scope of SuperNET, I cannot imagine that I will be making any such giant offering again. I dont count the joint venture assets I will make to help the competent devs make their fortunes. I am talking about an offering that raised more in its first hour than Etherium’s first hour. During a weekend, within a week after its initial announcement, based only on text and no fancy graphics or meetups or any marketing.

James has his work cut out for the rest of 2014. He likes to emphasize that he’s a simple c programmer but he’s also an original thinker, passionate and hard working, and during the 9 months that James has been building services on top of Nxt, he has managed to gain so much trust from the Nxt community that it overrides the fact that he’s “anonymous”, that his real life identity is unknown to anyone. The SuperNET project collected over 2000 BTC or almost $1 million in the first 48 hrs, and .

You can hear Adam B. Levine read an edited conversation with James here (starts 39:40):

I really dont want the SuperNET to be about me. I am just starting it, the community is forming it.
so lets not encourage the “hero worship” stuff
i am no hero

I am just a simple C programmer

View this in: Русский