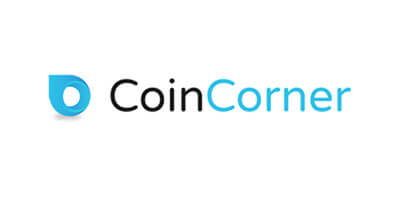 The world’s first regulated cryptocurrency exchange, the Isle of Man’s CoinCorner, will shortly support NXT <-> fiat trading – a partnership that has implications much further afield than the UK.

CoinCorner, a new cryptocurrency exchange based on the Isle of Man, is soon to add NXT to its list of traded currencies. NXT, currently rated #3 by market cap, is an innovative new cryptocurrency that promises benefits far beyond simple cash transfers – offering an infrastructure for a whole digital economy.

CoinCorner is the first cryptocurrency exchange to be registered with a financial regulator, namely the Isle of Man FSC. Whilst many jurisdictions are sceptical or even openly hostile towards cryptocurrencies, the Isle of Man’s light-touch regulation and pro-enterprise ethos has made it a natural hub for cryptocurrency businesses, leading to the name ‘Crypto Valley’ after California’s famous tech centre, Silicon Valley.

CoinCorner will allow users to exchange cryptocurrencies for GBP with no deposit fees. The exchange has been built by a team of seasoned programmers and cryptocurrency miners. Bitcoin has seen a number of high-profile thefts and scandals in its short history resulting from the proliferation of unregulated exchanges, and such a step is vital in allowing the public to buy and sell NXT and other digital currencies quickly, easily and securely.

CoinCorner are currently in discussion with representatives from the NXT community, including Lee Gibson Grant, director of mobile crypto platform TXT Coins Now. TXT Coins Now, which uses NXT as its default cryptocurrency, will enable users to send cryptocurrency anywhere in the world by text message or voice call. The platform holds immense possibilities for parts of the world in which few people have regular banking facilities.

Africa represents a huge market for cryptocurrencies, due to the relative scarcity of traditional banking and the proliferation of mobile banking services like Kenya’s MPesa. TXT Coins Now has recently been in dialogue with the Ethiopian Embassy in regards to creating the first ever mobile money service for the country via their platform.

The technology has led to a promising partnership between TXT Coins Now and the NXT community, and financial journalist Max Keiser’s StartCoin initiative. These parties are working together closely via the StartJoin platform to integrate StartCoin with TXT Coins Now to allow supporters to send money to charities in Africa – since traditional money transfers to many parts of the continent are expensive and unreliable. Coming full circle, the partnership opens the possibility of StartCoin, as well as Max Keiser’s MaxCoin, also being listed on CoinCorner – providing greater liquidity and more extensive opportunities than ever before.

6 thoughts on “CoinCorner to add NXT”