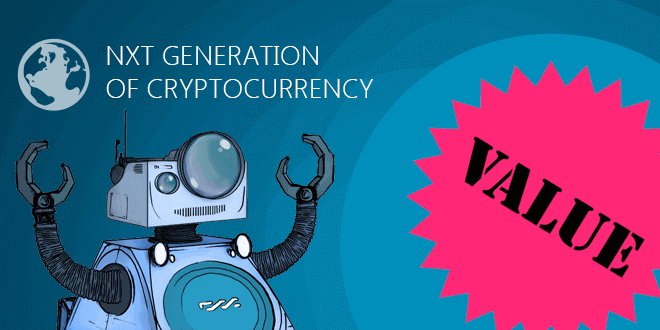 There are so many coins out there, why should anyone support Nxt?

Here are my thoughts.

I discovered Nxt around Christmas 2013. I read through the forums and documents and immediately liked it. I was already aware of Bitcoin and some other altcoins, but disliked the energy waste of more and more high electricity consumption mining – but Nxt, this Nxt is different. There are so many great ideas and visions for this coin. It’s also green and highly efficient with an awesome community.

In January 2014 I installed the client and played around with it for a while but honestly was a bit disappointed because of the interface’s look and feel at that time. So many colors that reminded me of candy instead of an honest currency. Also, in the early days of its existence it wasn’t possible to divide one NXT coin into smaller fractions which was a problem for me and, to make maters worse, the client got lost in a fork nearly every single day. I thought: Give it some time – and indeed some weeks later Nxt had already improved a lot and was becoming more and more professional. This was the time I bought my first 2000 NXT coins, at what is still the all time high.

Today I am highly impressed by how much has been achieved in a very short amount of time. Although it’s only been in existence for a year, and therefore still very young Nxt is ahead of most other crypto-coin projects. The community is awesome and is able to find consensus about important questions. In contrast to other crypto-currencies that promise much but don’t deliver, in Nxt things are getting realized and becoming reality. The developers (both core and third party) simply get on and do it. So many features have been developed and implemented by highly skilled people and so many inspiring ideas are on the future roadmap.

Nxt has managed to build its own identity, it is much more than just a coin. Nxt has one of the best clients and I really like the blue design as well as the layout of the whole brand. For me Nxt is an optimal platform for companies and businesses to develop applications on top of. As can be seen from this description of the current features, the possibilities, even in this early stage of development, are nearly unlimited and provide scope for completely new business ideas. Nxt is a trusted and fully working platform and many smart people are already providing 3rd party applications.

I am wondering how a simple messenger can get sold for billions of dollars while Nxt, being a complete, decentralized, independent financial platform, seems currently very undervalued. I hope more people as well as companies take the opportunity to discover the possibilities and opportunities, become part of Nxt and join the movement.

I’m not a big stakeholder, nor an early adopter and I lost money by investing in NXT but still believe that this could be huge. From a crypto-enthusiast’s point of view I really like what I see.