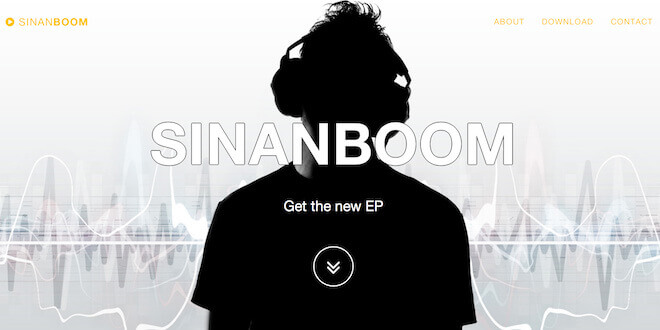 SinanBoom is to release his new collection of tracks on the NXT Digital Goods Store, an innovative platform based on the popular second-generation cryptocurrency.

The German musician, who has been playing the piano since he was six and composing his own music for over 10 years, decided to take the unusual step in order to tap into the opportunities offered by the new technology and the markets it opens up.

Powered by NXT
The NXT Digital Goods Store (DGS) is a decentralised store, built on top of the NXT cryptocurrency platform. Whereas most cryptocurrencies, such as Bitcoin, allow only money transfer, NXT uses the same technology to provide a package of services and features. DGS will allow users to buy and sell music, games, videos and other software, but because it is not owned by a company, there will be no commission fees. This means artists can keep 100 percent of their revenue, rather than paying up to 30 percent to list their tracks, as is the case with mainstream digital stores.

SinanBoom’s EP of 6 tracks will be one of the first to be listed on the Digital Goods Store, priced at 99 NXT. Everything in the NXT ecosystem is priced in NXT, its native currency (1 NXT is currently worth around $0.04).

Diverse influences
The EP is a collection of tracks, reflecting the people who have been involved in its development and production. ‘After finishing school I went to Berlin to make some connections and write music,’ SinanBoom says. ‘I made great friends there – singers, bassists, drummers, guitarists, producers. Then a friend told me I should produce an EP instead of just publishing the tracks on SoundCloud.’

In addition to the various musicians, he worked with painters on the cover art and also mixing engineers and filmmakers, who created his music videos. The result was a labour of love that encompasses many themes and influences. ‘This project is a crossover project for me, because there are so many different styles in it. There is hiphop, experimental and atmospheric material, German music, English music… but everything combines with my own style. Every song on this EP has a story and that’s one of the things I am so proud of. I put all my heart into it and tried to make the best of it. So I called this EP “Friends”, because the people I worked with are my friends and not just colleagues or strangers.’

Starting with NXT
Having created the EP, the question remained of how to promote it. Fortunately, SinanBoom had a friend who had been involved in the NXT community, who suggested putting it onto the new DGS. ‘I was fascinated by this way of marketing,’ he says. ‘I don’t have a label and this is a great opportunity to share my music.’

In the coming weeks, users will be able to access a range of digital media on the NXT Digital Goods Store, including games, apps, music, videos and ebooks.

You can download the NXT client, which includes the Digital Goods Store, for free at www.nxt.org. NXT can be purchased for US Dollars or Euros at CCEDK, or exchanged for Bitcoins and other cryptocurrencies at the Multigateway, another NXT service, or at a number of other cryptocurrency exchanges.