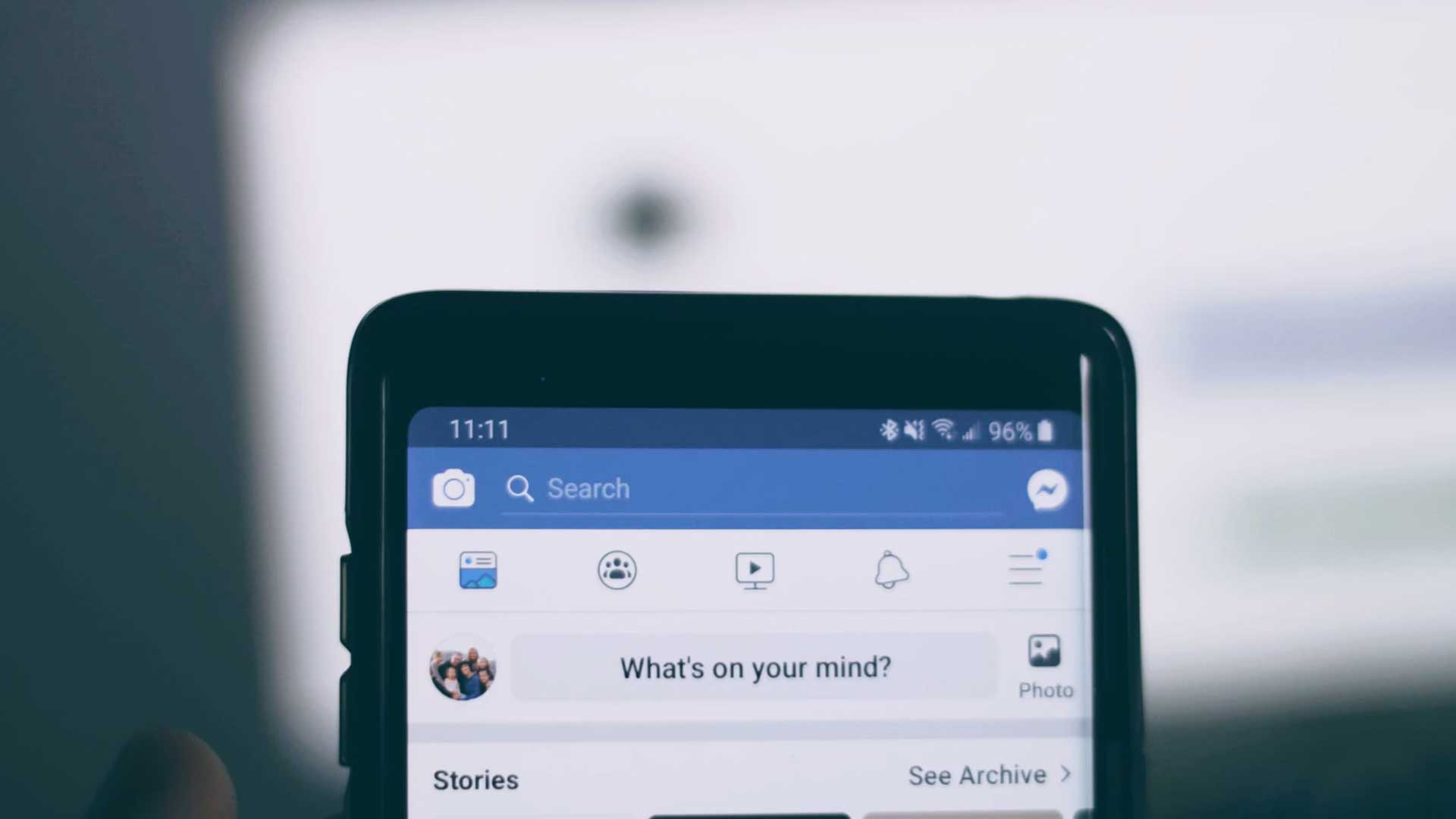 And so they come… Facebook, in partnership with a good bunch of rich players and with a massive 2+ billion userbase, unveiling their idea for the Libra project – and blockchain is getting another boost in the media, as a whitepaper full of promises was released.

But what’s actually up (besides a potentially hilarious next chapter in the Zuckerberg vs Winklevoss Twins tale for the press and the movie industry to bless us with)?

Well, there should be something running on a testnet, bounties for security researchers, wallet operators, for merchants to start using the coin planned already. Another new coding language is being introduced (MOVE), and EVENTUALLY decentralization, they say.

A basket of government-backed currencies and securities are supposed to keep the coins stable, and of course – wallets will be integrated into the Messenger and WhatsApp apps. As an echo of what we have all actively been advocating for and working towards since Bitcoin launched in 2009, the promotional material also expresses great ambitious visions of banking the unbanked, providing low fee cross-border transactions, smart contracts and decentralization, and sucking fiat into blockchain coins – even though the fiat in THIS case will be held by custodians chosen by the Libra Association (!), and so on.

“It is out of question’’ that Libra “become a sovereign currency,’’ French Finance Minister Bruno Le Maire said in an interview on Europe 1 radio. “It can’t and it must not happen.”

Same day as the white paper came out, regulators all over the world reacted. And yeah, the promises made in the whitepaper does ring a bit false, when they come from a bully like the Facebook Empire, and American politicians expressed immediate concerns about the tech giant’s plan, as reported by Reuters:

“Facebook is already too big and too powerful, and it has used that power to exploit users’ data without protecting their privacy. We cannot allow Facebook to run a risky new cryptocurrency out of a Swiss bank account without oversight”.

“Given the company’s troubled past, I am requesting that Facebook agree to a moratorium on any movement forward on developing a cryptocurrency until Congress and regulators have the opportunity to examine these issues and take action”.

Correct. It may sound impressive that the Libra experiment is backed by a foundation of delegates from Uber, eBay, VISA, Mastercard, etc, which can make any whitepaper overtake the media’s headlines across the world just like that. But now that they brought up the privacy issue… Libra may be open source, and it may (eventually) work as it is supposed to, but how is that, exactly? If we cut through the “hey, we with you, we good, we make cheap transaction revolution”.

As blockchain transactions per default are transparent and Facebook (that already owns and controls 2+ billion users’ private details like family bonds, jobs, internet history, photographs, etc) most likely will be the #1 wallet provider through its Calibra standalone wallet app and their social apps, Facebook Messenger and WhatsApp, it’s quite relevant to know how they plan to anonymize transactions. If they do. All it takes is Facebook getting hold of your Libra account address, and they will have your entire transaction history.

Check what Zuckerberg himself says:

“Calibra will be regulated like other payment service providers”.

Mhm. I wonder how that will work with the promise of turning Libra into a permissionless blockchain; the Libra Association plans to start this process “within five years” of Libra’s launch. (if you could see me now, you would see me try not to laugh out loud)

Privacy and safety will be built into every step. For example, Calibra will have a dedicated team of experts in risk management focused on preventing people from using Calibra for fraudulent purposes. We’ll provide fraud protection so if you lose your Libra coins, we’ll offer refunds.

Mhm. Refunds. Trust Facebook again. And of course all wallet users must provide a government-issued photo ID and other verification info to be KYC and AML approved by… them. Oh well. They’ll need to conduct due diligence on customers and report suspicious activity to the authorities too.

Exciting times. At least one good thing comes from this, IMHO – Facebook Inc. has put Blockchain on people’s minds again, and this time its growing potential cannot be ignored. They have funds and financial backup that can’t be ignored by the regulators, which will force them to look into crypto and finally agree on making some cryptocurrency laws (we can only hope, that they will be able to understand what they are dealing with).

Aaaand – it’s controversial that Facebook is behind this. As people begin to realize what blockchain really is about (yeah, it’s going to be a surprise to many that it’s not only beneficial for criminals), people WILL be able to make a choice: will they go with the Facebook-coin, a stablecoin with a monetary value believed to become “close to what they know”, and large companies reaping the transaction fees and potentially their blockchain transaction history, OR will they use a more democratic and decentralized version, that can provide the same, just without the “trust” in FB. There will be fire.

Some like to compare the situation to the battle between Microsoft and Linux, or betamax vs VHS. But times are different. Users are connected, influencers not big companies are guiding the crowds now, and we are all aware of that: the masses have power.

Do you remember when .torrent files got popular? Remember the piratebay? It was the first time people stopped following the law, learned how to protect themselves, just to be able to share music for FREE that had value to them. Laws couldn’t stop them. Companies couldn’t. The industry had to adapt.

Facebook may have learned from it and wants to sell “FREE” services, or “LOW FEE” financial services to its followers, but sorry to say, it’s already an outdated thought. Why would we settle on that when we can earn those fees ourselves? Banks don’t pay you interest for your holdings anymore, but Proof of Stake blockchains do, and Zuck is right: we don’t need them banks. Supporting the PoS network with your stake, or leasing your forging power to a forging hub, you get to earn the transaction fees. It’s as good as earning interest.

To buy into these benefits of Libra, you need $10M for running a node. That’s not for the people. On Libra, a collection of validators will “work together to process transactions and maintain the state of the blockchain. (…) Initially, the association (and validators) will consist of a geographically distributed and diverse set of Founding Members”, the Libra whitepaper reads. Those members are companies that have thrown $10M into the project each. For that they get voting rights and can run a node and reap the transaction fees.

To buy into the benefits of forging on for example the Ardor blockchain, you need… $130. And the decentralized 100% PoS blockchain platform is running in production now, with features so advanced that there is no equal. None.

The thing is, I don’t think people realize how far ahead we are, technically, with the Ardor platform. We do not have the name or the crazy big Zuckbucks for marketing and network effect that Facebook has. We’re not known. But what we have are real proven blockchain devs since 2013, superior blockchain tech that anybody can use, and the network effect will kick in eventually. We will see it happen. And anyway, if Libra ever takes off, we can just run a smart contract gateway, peg an asset token or an Ardor child chain to Libra, if we want, and give further functionality to its users, better fees, and an open API on a fully decentralized network – if we want. It’s easy.

I lied, BTW. We are known. By people like the Libra devs, as well as the devs of many of the high-cap blockchains that got inspired by Nxt if they didn’t clone Nxt directly. The thing is – the word about the original is beginning to spread, and I believe they are in a hurry.

You can also read: Questions For Facebook’s Libra Team by Lior Yaffe