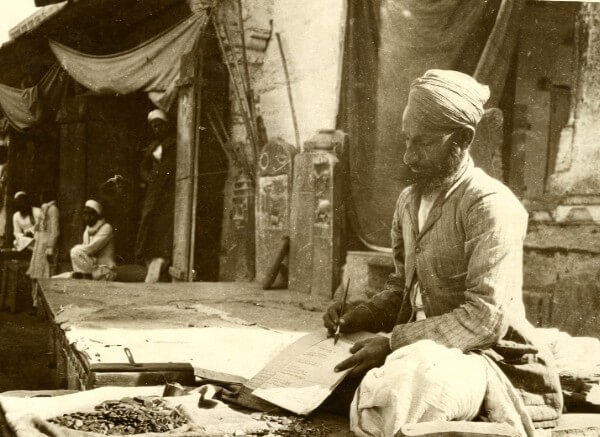 The last twenty years has heralded the transition from analog to digital systems.  Most of us have no idea how people used to obtain information before the existence of the Internet.  Every person born today will use digital replacements to obtain the information that used to be delivered by centralized sources such as newspapers, television, theaters, books, radio, etc.  Each of these analog information delivery systems have been based on a model of centralization.

Thanks to the evolution of technology, the cryptocurrency movement has today the ability to decentralize the operations of the world financial system with amazing new features.

The introduction of the Internet has heralded an information revolution.  Freedom of sharing, large neutrality, and universality are key values at the core of our digital world today.  By design the Internet allows the instant and viral spread of information, while also providing a permanent record of the data transmitted over the network.

Legacy financial markets today share similarities to the pre- Internet era. Large banks, international exchanges, rating companies, or even the central banks, are similar to the news corporations, the book publishers and the moviemakers of the analog era. These financial markets still operate on an analog model of centralization; still providing possible single points of failure.

This evolution of finance driven by cryptocurrencies will bring the ability to engage in finance to people that have been denied this ability by the centralized status quo.

The cryptocurrency movement, and specifically the Next (symbol NXT) currency, values the interactions of many small, vested, players than the decisions of a small, yet powerful, number of entities.

Over past few weeks  the Bitcoin (symbol BTC) currency suffered the abrupt closing of its largest exchange, Mt. Gox.  Bitcoin lost $1 billion in market capitalization in about 48 hours between February 24th and February 26th, accounting for about 12% of its total market value.

What lessons should be learned from the Mt. Gox default of February 2014? The first large payment default of the digital financial market era has illustrated that even within decentralized systems, power and resources will congregate if not given a reasonable alternative.  The total loss at Mt. Gox is approximately 774,000 Bitcoins, or $335 Million USD and could have been prevented with adequate internal controls within the Mt. Gox exchange.  The centralized exchange Mt. Gox failed to provide adequate internal controls and failed due to theft, becoming a single point of failure due to the reliance on a model of centralization.

Defaulting, in the traditional world, is a very common thing. It has happened dozen of times, and over again.  Countries, corporations, wealthy individuals have defaulted. Not that nobody cared, but the world survived.

The financial markets, traditional, or cryptocurrency based, are built on trust. Trust underlies all traded assets, whether Dollars, Euros, or Bitcoins. When any reasonable market player starts to worry whether her asset will still be worth something tomorrow, that market player will attempt trade it against something safer very soon.

The features of the Nxt Cryptocurrency Ecosystem include 100% Proof of Stake system, Decentralized Asset Exchange, and Automated Transactions on which logic can be built.

The Bitcoin market lost more than 10% of its market capitalization in 24 hours, largely due to panic resulting from the Mt. Gox Bitcoin Debacle.  Yet many rational people are purchasing 400€ Bitcoin, providing support to the market (outside of Mt. Gox).  Despite the bankruptcy or corruption of one major centralized cryptocurrency exchange and despite the machinations of politicians worldwide using such descriptions as “evil tool”, “used by criminals”, “largely speculative”, and  “relying on manipulated markets”, people worldwide continue to purchase cryptocurrencies to escape the analog financial system rife with single points of failure.

The underlying value of cryptocurrencies that makes them resilient even in the face of attempts by corrupt politicians to suppress them is decentralization.  Cryptocurrencies are still young and evolving to break their ties to centralized models of finance.  This evolution of finance driven by cryptocurrencies will bring the ability to engage in finance to people that have been denied this ability by the centralized status quo.

Today, Bitcoin is only the first step in the direction of decentralized global financial interaction. It is today paying the first mover price. Tomorrow, a new generation will follow. It is being led by Next (symbol NXT), which offers more decentralization than Bitcoin. It has the same basics, but Next has a lot more to offer to its users. The features of the Next Cryptocurrency Ecosystem include 100% Proof of Stake system, Decentralized Asset Exchange, and Automated Transactions on which logic can be built. The Next Cryptocurrency Ecosystem facilitates super fast transaction confirmations. Another feature is Transparent Forging, which allows the network to know which single node is about to create the next transactions block, eliminating unnecessary computing load on the network. More decentralization means less control by the few, and more resilience of a system that empowers those who own a stake in its success.

Very few in the eighties would have imagined what the Internet is today. We are building a new financial world and as many have wrote recently, it won’t be easy nor quick. But one day, the world will be contemplating an entirely digital and decentralized financial system that is deeply different than what it is today. The Next Cryptocurrency Ecosystem leads this revolution in establishing a decentralized financial system.

This article was written by frmelin.