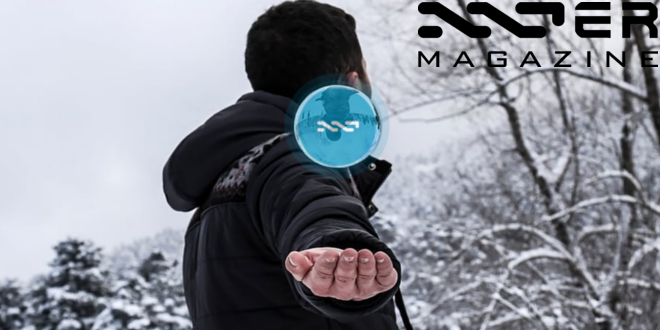 Here, we bring you some of the latest news about Nxt over this past week in November

User chevdor has uploaded the latest NRS in a Docker open-source container, with version 1.11.0, and experimental version.

Docker is a tool that can package an application and its dependencies in a virtual container that can run on any Linux server. This helps enable flexibility and portability on where the application can run, whether on premises, public cloud, private cloud, bare metal, etc.

Running NRS in a Docker container could be even easier than running it “the normal way”. It’s specially useful when running Nxt on a VPS: No java required, no download, no specific configuration… Besides this, in spite of being a type of “virtual machine”, it does not decrease performance.

The steps are as follows:

The fortnightly magazine Asset Servicing Times has published a brief article by Becky Butcher about the Nxt Foundation joining the Hyperledger project, an alliance of which we explained in a previous newsletter that we also elaborated in some other previous articles.

Following some recent questions about this subject stated at NxtChat on Slack, we are going to review what options are available in order to have a notification service in our Nxt account. These services will allow us to receive an email alert every time our Nxt accounts have some movements. We can choose, among many options, what transactions we want to be notified about.

It supports Alias Operations and Arbitrary Messages. It doesn’t use you passphrase, so there is no security risk. They also promise not to spam you!

Lior Yaffe, A.K.A Riker, Nxt Core Developer, has answered this big question asked by a user at Nxtforum.org. Why Nxt or Ardor and not Bitcoin? This is his answer:

As an NXT developer I get to talk with many people and businesses about their plans of using blockchain. One issue that comes up every time is scalability. It is now clear for everyone in the industry that traditional blockchain architectures like Bitcoin, Ethereum and NXT 1.0 does not scale.

A major problem we need to solve in order to scale blockchains, is the ability to separate the token used for securing the network from the operational token used by applications. NXT 2.0 is all about this. Once we are able to separate the forging token from any application specific token we can optimize the blockchain by eventually removing (pruning) transactions which do not affect the forging token balance by only saving a cryptographic proof for their past existence. Achieving this requires a monumental programming effort of separating the static singleton blockchain design of NXT 1.x into parent/child blockchain architecture or even a tree of blockchains. This is our vision for NXT 2.0, Ardor will be the forging token of the parent chain.

As to NXT 1.x … it is a stable and mature blockchain product which, in my view, is vastly superior to anything else out there. However, from the view point of application developers it has severe limitations which currently reduces its usability, mainly the need to store every transaction in the blockchain forever and the need to use the NXT token even for transactions which has nothing to do with NXT itself like asset exchange, monetary system and digital good store. This are the problem we are addressing with NXT 2.0

Janus has made a public announcement this past Thursday on its website about its business plans. Janus has published an interesting and detailed whitepaper and some other documents with terms and conditions. The funding campaign for this business has already begun.

The ICO will last until the amount of 7,000 BTC is reached or until the 31st of December, whichever comes first. Five different members of the Nxt Foundation will act as an escrow for this campaign.

The whitepaper details the main reasons why Janus chose the Nxt platform. They are as follows:

Five percent of the crowdfunding campaign will go to the Nxt Foundation for its escrow service. For more information about the Janus project, we recommend that you visit the links below.

Details about the escrow: https://janustoken.com//Janus/assets/JanusEscrowDetails.pdf

The Nxt Foundation, with the help of Savandra, has chosen the Nxt Voting System as the feature to be presented in a series of infographics about Nxt’s features:

We’d like to remind you that some other infographics about Nxt’s features were published some time ago, such as Coin/Asset shuffling and the Alias System.