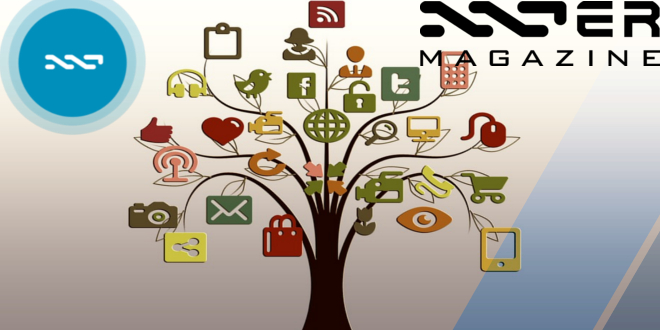 Here’s some of the latest news about Nxt over this past week in December.

BetterBets.io, a platform launched some time ago by some of the members of Janus, is one of the most popular casinos with the highest volume among provably fair and secure bitcoin gambling sites.

Recently, it has been announced that BetterBets will help promote new use cases for Nxt. Representatives of Janus have choosen the original Nxt thread at Bitcointalk to remind us that the current Nxt 1.0 still has a long way ahead of it and has the potential to explode and that they intend to promote its expansion.

Remember, remember the 15th of December…. we are proud to soon add more use cases to NXT and provably fair betting will be one of them. All people are welcome, especially the Nxt/Ardor community as our team prepares for an awesome 2017 with you all!

bjorn_bb has also published a look into what will be an exclusive NXT game for this platform:

Under The Knife #Janus

CoinTelegraph will host Blockshow Europe on the 6th of April, 2017, at Munich, which will be an international event of great importance in the blockchain field where developers, investors, companies, and great figures will present their initiatives and proposals for this technology.

The Nxt Foundation is very proud to announce that the Nxt and Ardor community will be represented at the CoinTelegraph BlockShow Europe. We’ve got a booth/table in the main exhibition space, and will be organizing an Nxt/Ardor presence at the show.

We’d like to get as many Nxters as possible to Munich for this show, so reserve your ticket now, via Eventbrite, using our referral code NXTMUNICH :

Look forward to seeing you guys there, I’ll post more information as we get it.

User websioux has published the PHP libraries he created to use Nxt on the software he develops at Github. This PHP library easily lets you call the NXT API in your PHP projects AND a command line tool to facilitate node management and some blockchain queries.

I use it in my projects, I extend the CNxtApi class which contains the basics to query the NXT API to devellop more specific function. I cleaned it such it is always a good base to start with.

Making a request to your node in PHP then goes like this:

Just like websioux, many other developers who use Nxt also agreed to share their developments and tools with the community, so that all nxters can take advantage of it. Lurker10 keeps an updated listing with libraries, snippets of code, examples… from developers such as jonesnxt, ifinta, doctorevil, NxtSwe, ScripterRon, scor2k, Tosch110, among others.

In this article, Bas Wisselink of the Nxt Foundation explains how corporations are slowly but surely realizing the benefits that blockchain technology can bring to their business and how this technology can bringing more potential users to them, especially the young ones, who are used to carry out payments and some other operations using their mobile phone.

Nevertheless, according to Bas, blockchain technology won’t completely displace the current banking system because of the regulations, but it will add great new possibilities and replace some of the creaking infrastructure. Blockchain technology will bring new services to retail users in a very rational, comfortable, and transparent way, thus providing services equally to people living outside major urban areas by offering easy payments, cash management, data storage, money transfer, loyalty schemes, and a many other possibilities.

The current futures and security of Nxt, together with the new possibilities that Ardor will offer, are the perfect math for new startups, such as Adel. Fintech Finance has echoed Adel’s future ICO and explains in this article, with the help of Gabriel Dusil and Jan Lamser, two of the founders of Adel, about the mission and values of this platform.

It’s astonishing what people can achieve when they believe in something.In January 2016 my friend, Michal Vavrek had an idea to create a community-based ecosystem to fuel project innovation. So he flew to Amsterdam to meet with the Nxt Foundation, and they agreed to support the project. A few weeks later Miša approached me to co-found the company with him, and we began working on what would become Adel. Over the next three months we’ll introduce Adel to the world, with white papers, projects, infographics, and other materials. Our activities in the next few months will lead us to our Internet Coin Offering (ICO) on the 1st of March 2017.

1 thought on “Nxt news – December 2016 (III): The future belongs to those who believe in the beauty of their dreams”