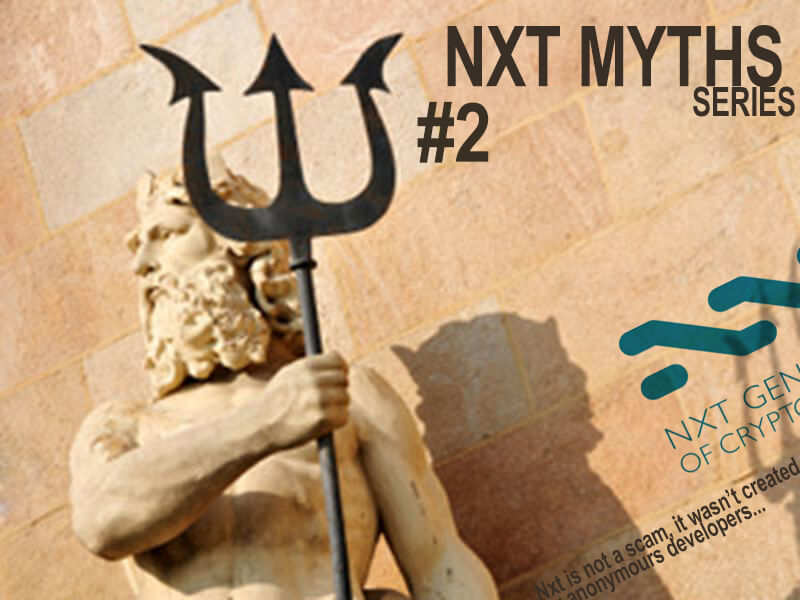 Q: „Do you think the unequal distribution of bitcoin / big gains of early adopters / will be a deterrent in a more widespread adoption of bitcoins?“

A: „No. Early adopters get bigger gains (as they should) because they take on bigger risk. A bitcoin can be divided into 100 million pieces, so I don’t see divisibility or distribution as a problem.“
Cameron Winklevoss
The distribution of Nxt has many phases:

The distribution of NXT is very fair because it still continues. Now it isn’t in hand of one man, but it is a community effort. BCNext gave us a long time to get on the train.

If all coins are in existence already, doesn’t this make the original holders of Nxt very wealthy?

Potentially. The original stakeholders of Nxt all made an investment of Bitcoin to seed their holdings, however, with no promise of any kind of success or return on investment.[1] In order to get more users they started to sell their stakes in undervalued prices and also they spent tenths of millions on bounties or giveaways. And BTW – who are original stakeholders? These who paid 2 Satoshi? Or 100? Or 400?

Q:  How would you solve problem with scam accusations according to “unfair” distribution Nxt to 73 big stakeholders?
BCNext: “This problem can not be solved.  Even if we had a million stakeholders the rest seven billion people would call this unfair.  A world with the money can not be perfect.”

Why was the launch of Nxt speeded?

Come-from-Beyond: „BCNext explained why he speeded up the launch. He wants the stake holders to make all important decisions“.[1]

BCNext: “I wanted Nxt to be launched by the community, not by a single person.  Success of Nxt is supposed to be achieved by work of a LOT of PEOPLE.”[2]

Let’s think for a while. When did Nxt really launch? Was it really in the day when the Billion NXT was transferred from the Genesis account to the original stakeholders? The IPO had been running for weeks in November 2013. In first days NXT cost 100 Satoshi. In first weeks of the December the price of Nxt was still about 400 Satoshi. Then 1500, 2000, 4000 before Christmas and if we don’t count the first bubble, we came back to the original 4000 in the middle of the January. But still – we have really bad client. Nxt is not yet traded in any of the big exchanges. There are many features – already programmed and tested – but they still weren’t implemented why? Because we are still in a Beta.

The launch wasn’t in November 24, it wasn’t in January 3, it will be in February/April. We all – 15.000 Nxt users – are beta original stakeholders. The distribution of NXT is extremely fair. The IPO still continues. We haven’t launched yet.

We can forget about some 73 stakeholders… Now everyone has an opportunity to jump on the train… and also to drive him! Why Nxt doesn’t use all features now? Because BCNext’s plan is to bring as many as possible users before the real Nxt will be released. Then we will have – more users, more features, all source code, but most important – this launch will be leaded by all Nxt community. This will be made by decisions of stakeholders. The success of Nxt is now supposed to be achieved by Nxt community, not BCNext.

What happened with the 21 Bitcoins?

Bitcoins were required to determine how to split the stake among founders. That’s why BCNext asked for tiny amounts. These bitcoins were used to fund development but they covered only part of expenses. When people talk about Nxt IPO they forget about this important detail.[3] 21 Bitcoins were used as a token amount. They didn’t represent any real world development costs.[4]

How is NXT distributed?