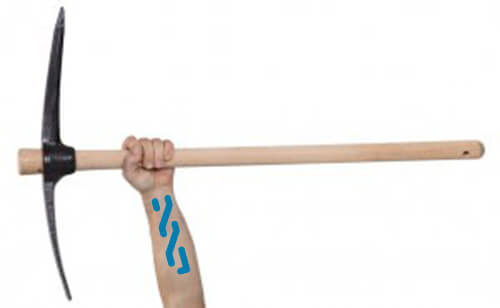 4 days ago “rlh” made a proposal for a Nxt mining pool.

We could setup a SHA-256 & Scrypt mining pool.  The pool can use the coinwarz API to determine which coin is currently most profitable and it could mine the most profitable coin at the moment.  HOWEVER, instead of distributing these coins directly to the miners, the pool forwards all mining rewards to an exchange, dumps the coins, buys up Nxt with the profits and then re-distributes the Nxt to the miners.

So, although direct Nxt “mining” may not be possible, a mining pool for this purpose could help the entire community by providing an easy way for people to obtain some Nxt (even if the amounts are small) PLUS this should have a net-positive affect on the price of Nxt because the pool will be dumping other altcoins, and buying up Nxt.

The idea caught on in the Nxt Community, and in a few hours, a bounty of over 120.000 Nxt was offered.

You can point your scrypt miners at this pool. SHA-256 is added tomorrow.

The beta testing is now starting.

I did not feel I should rush or make things any less transparent in an effort to just try and claim the bounty soonest.  I look forward to expanding the site and making it much more accessible over the next few days to make it as easy to use as possible for all of you. I hope to get both the internet facing stats site as well as the SHA256 side of the pool both up fairly early tomorrow. The stats include full share / transaction / miner reporting.  I will also be implementing the ability tomorrow to have multiple workers running using a single NXT account address.  the first couple payouts will likely be manually (as we need to solve a few blocks first) but after that they are entirely scripted in python to take advantage of cryptsy and BTER’s API’s.

So far there is about 8 MH of scrypt pointing at the pool, and it’s only been up for less than an hour.

Just go to www.p00l.org .  No need to sign up for private anything.  Just put in your nxt address as your username and it’ll work.

This release still has quite a bit of polishing.   Anyone is welcome but we’re at an early beta stage and just took this on due to the NXT bounty offered.  So our release date was pushed up for the bounty and we removed a few features.

We will be looking into adding other algorithms.  We had scrypt-n support for awhile, but will be sticking with scrypt and sha256 for the immediate future.  If SHA-3 is an algo to maximize expected value per hash, then we will look into it when time allows.  Unfortunately now we’re swamped with adding some more basic things.  Then we need to work on getting the flavor of the week coins up so that we remain competitive on scrypt.

Boy that was fast. The revolution will not be centralized. – It will be you. Now mine your own business. 🙂