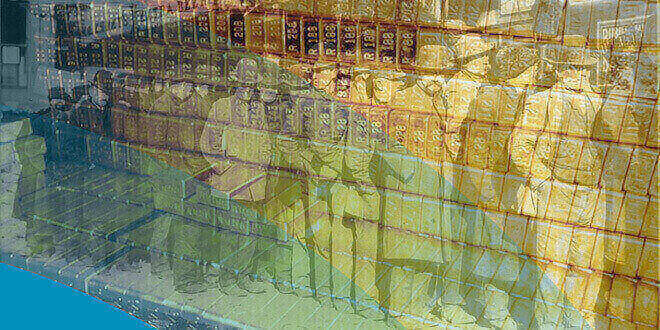 I’ve been looking at the nature of money recently, and in particular the way that how we ‘do’ money impacts the type of economy that arises. A lot of economists believe that the Gold Standard prevented several major economies from bouncing back in the 1930s, turning what should have been ‘just’ a harsh recession into the Great Depression. It was those economies that came off the Gold Standard and adopted what is now the anathema we call ‘fiat’ that limited the damage. There’s a lesson there for Nxt I think we need to heed – the sooner the better.

Fortunately, it doesn’t involve a Central Bank of Nxt increasing the supply to 100 billion. In a couple of previous articles, I’ve looked at the way that Nxt is a deflationary currency, and how the devastating crash in the NXT price over the last year or more may actually have been the best thing that could have happened to the ecosystem. To rehash those arguments quickly (because they’re highly relevant here), the fall from around $0.10 to less than $0.01 has acted like a bout of Quantitative Easing or high inflation, incentivising massive investment in assets as people are prompted to spend (or sell) their NXT instead of hold them, believing their value is heading downwards. The result has been that the Asset Exchange has received remarkable liquidity, with the equivalent of literally millions of dollars pouring into assets.

But what happens when, finally, the picture changes and the long downtrend is over – as appears to be the case now? That investment is now starting to generate returns, putting NXT back into the pockets of investors (at least, the ones that didn’t buy camel milk or dubious mining assets). Potentially, you have the opposite effect to before, as people decide to hoard, not spend NXT, hoping for higher values tomorrow, and investment drops. But there’s a wider issue, and it’s one asset issuers need to get ahead of as soon as possible.

The Gold Standard and the Great Depression

There’s an old Jewish proverb that maintains that wherever you have two Jews, there are three opinions. The same is true of economists, who will happily debate cause and effect until the cows come home. So take this with all the usual disclaimers, because there will always be someone with a different take on things.

Governments and central banks like inflation for a few reasons. It erodes the value of their debts in real terms, so they don’t have to pay back as much as they should do. It makes people feel a little richer, so long as pay rises keep up – an important psychological effect. It also puts more money into the economy, stimulating growth. As noted above, if your money is going to be worth less tomorrow, you’re more likely to spend it.

If the money supply is fixed, it can hold an economy back from growing. So it was that the economies that came off the Gold Standard, printed money and devalued their currency thereby became more competitive and recovered fastest in the 1930s. (Shame about their creditors, who took not so much as a haircut as a scalping, but there you go.)

Just to make it clear, this isn’t an advert for fiat money (though some economists do blame the Gold Standard itself for the Great Depression). For others, switching to fiat during the Great Depression can be seen as a least worst, short-term option to a crisis that was the result of economic mismanagement and never should have happened in the first place.

And herein lies the lesson for Nxt. We have a limited supply of currency: NXT the token. We also have a thriving and growing asset market. We’re arguably now at the point where these two things find themselves in tension.

There are currently something in the region of 500 assets issued on the Asset Exchange. Many have proven very popular, with high trading volumes. Lately, though, volumes on the AE have been lower. Is that a result of lower confidence, or less interest due to uncertainty? Or is it simply the fact that the available supply of NXT cannot serve such a large number of assets?

Nxt has 1 billion coins in existence – just short of that, since a few have been burned. Now discount all the coins that are in forgotten accounts, and those that belong to the ‘strong hands’ who won’t sell under any circumstances. It doesn’t matter how many NXT are left, because the principle is the same in any case, but it’s probably a few hundred million less.

That number of NXT has to serve the entire range of assets on AE. When issuers create assets and seek NXT for funding, they typically collect it in NXT. When Nxters buy and sell assets on AE, they use NXT. If they place a bid, those NXT are tied up and can’t be used for anything else until the bid is cancelled or filled.

In simple terms, the more assets there are, the more thinly-traded and poorly capitalised they will all be. The growing Nxt economy is reliant, at the moment at least, on the limited supply of NXT the coin. It cannot expand if it is starved of funds. Like America in the 1930s, its Gold Standard risks choking it of liquidity and the means to grow.

It may be that this simply won’t be a problem. Perhaps NXT’s value will rise as available supply drops, and assets will devalue against it. That will undoubtedly happen in some cases, since assets are embedded in different economic systems. Take mining assets, for example. The asset issuers raise money in NXT, convert it to fiat and use it to buy mining rigs, which then pay out in crypto. Whatever else goes on in terms of changing Difficulty rates, the revenues are generated in terms of that fiat-equivalent investment. If NXT rises against the USD, the mining asset will pay out less in NXT terms; conversely if NXT falls in value, it pays out more.

That’s not always the case, though. The USD/NXT exchange rate dictates revenues in the case of many assets, which use fiat to buy equipment and pay employees. But other assets are ‘pegged’ to crypto. Take marketmaker bot assets – these are less vulnerable to fluctuations of crypto against USD. And then there’s the practice people have of uniformly pricing assets in NXT, rather than against fiat – an arguably odd but persistent habit.

The good news is that there are answers to the problem of limited NXT supply. In short, asset issuers and Nxters in general should do everything they can to enable fundraising for and trading of assets in bitcoin and fiat, whilst the Nxt platform is used for administrating them and paying out in NXT the currency.

Capitalising assets with ICOs on exchanges, or through private sales for BTC, is a good start – since these funds are typically used for startup costs anyway. Similarly, trading against BTC and fiat on other exchanges will bring liquidity without tying up NXT in orders and choking the wider ecosystem.

That has other issues, since centralised exchanges have hardly proved safe in the past. Asset-to-asset purchases are one development that will help, since it will enable people to buy Nxt assets for mgwBTC (superBTC) and other cryptocurrencies. Integrating Shapeshift into the Nxt client will also help, just as SecureAE.com enables instant BTC conversion. Both of these are slated for future releases.

The good news is that Nxt is not America, and the problem is not exactly the same as that posed by the Gold Standard in the Great Depression. But the overall message is the same. We need to be more outward-looking, to engage the wider crypto community and the previously un-cryptoed, rather than relying exclusively on our existing members to grow and further the Nxt economy.

1 thought on “Nxt and the Great Depression: avoiding the crunch”