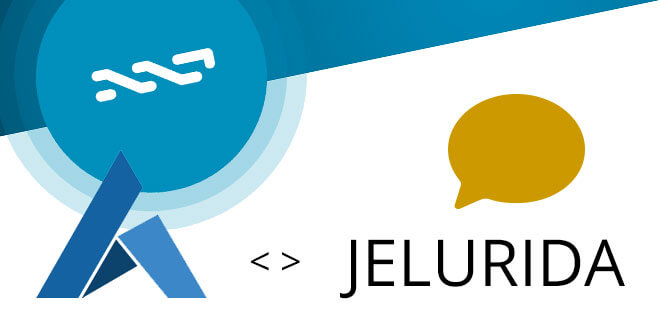 Jelurida BV, as holder of the intellectual property rights for the Nxt software and the Ardor platform, aims to create a sustainable and thriving business around the Nxt ecosystem by providing software licenses, maintenance, and services to a new breed of blockchain-based applications.

The ninja announcement of a “Nxt company”, and the fact that the lead developers of Nxt and Ardor were going to monetise their services and IP naturally sparked discussions in the Nxtchat Slack channel. Damelon posted a few answers, but asked the Nxt community to save their further questions for a Q&A session with the core developers, which was to be kicked off Sunday.

so Nxt became a company?

Damelon answered (before the Q&A):

damelon [2:10 PM]
No, the devs are in a company now (including me, who is also on it). I am managing director. It’s a Holding with two separate BVs contained in it. There is a BV that holds the IP and a BV that is “active” and signs.

The main purpose is to ensure that the code is protected, and secondly licensing to generate a cash flow. The direct benefit is continuity and more possibilities to actually partner with companies. That benefits the community and holders. Even if licenses are sold for private chains, this means the devs are funded which means they can continue to work on the code without having to hold down other jobs. It also allows us to grow the developer pool with quality people which also benefits the code and users.

The way we want to create value for holders is by ensuring we deliver value in the form of the software and in attracting customers and users to the platform. It’s another step in professionalizing and it’s also a big step towards making sure Nxt and Ardor will be sustained into the future. The Nxt code is and still will be under GPL, so public chain use is not affected.

Also, this is about the IP mostly. The devs do not want to let the copyright out of their hands. Handing it over to the Foundation would leave them at the mercy of other people. Having it consolidated in their own company allows them to keep control in situations where it’s needed, like when licensing is involved.

This is a summary of the event. All questions about expected ups and downs in price and “how to use Ardor” have been removed from the summary. For a general FAQ about Ardor, the Ardor token ARDR, and Ignis distribution you can visit the FAQ thread on Reddit.

Now let’s get to it.

damelon [8:06 PM]
@channel The devs are here, so please shoot your questions.

jean-luc
development is on track, but it takes time. schedule is unchanged for now. nothing has changed really in the project direction, or our plan for ardor.

riker
We feel good about the project direction and we do enjoy our work.

jean-luc
it is a challenge to keep the code simple. the code is based on Nxt, intentionally so that to minimize bugs, but I have started some refactoring which makes further merges from the 1.0 codebase harder.

legs11
Any chance of us buy into this company at this early stage ?

jean-luc
it is a private company, the general public can’t buy into it

durerus
Who owns how much percent of the company?

jean-luc
This information is confidential.

durerus
Can you describe what a paying customer would get?

riker
License to change the NXT core code for their purpose. License to use a private blockchain. Maintenance, support and consulting.

Many organizations will never use a public blockchain because of regulatory issue or confidentiality. We would like to get into the private blockchain niche

josenxt
Doesn’t ComeFromBeyond, for example, have anything to say about this?

jean-luc
CfB has written code under the MIT license only. The developers who have contributed code under the GPL have transferred their copyright to Jelurida.

as we speak, banks and financial companies are cloning Nxt and using it privately.
By getting them to pay for it, we plan to make future Nxt development self sustainable

apenzl
Which IP rights are Jelurida going to “protect”?

riker
People are currently copying NXT left and right, even if they want to pay for NXT they didn’t have whom to pay. If they don’t pay, we can now go after them. That what it means to protect our rights.

jean-luc
In the absence of a single legal entity which owns the copyright, it is hard to enforce the GPL, we have seen examples of it being violated by companies who know there is no one to sue them

conversely, if a company does want a commercial license, and is willing to pay for it, it is hard to do legally without a single legal entity that has the copyright, as the case was until now.

durerus
So you wanna get into private blockchain niche. Can you tell us why this is good for investors in the tokens ARDR, NXT and IGNIS?

riker
We can use the funds we receive from private chains to promote the development of the public chain which will in turn provide marketing and public relation for NXT/Ardor and bring us more private chain business. We hope to obtain such eco-system which provide win-win situation both for the public token investors and private blockchain customers

kasp
it doesnt seem fair for the token holders honestly, lets say you are now investing 60% of DEV in private chains and earn decent revenue, how are devs still motivated to work on NXT/ardor + it will only slow down progress

riker
I think we have to realize that the current model of using community funds/donations to promote NXT does not work. This new model has much better chance.

riker
We won’t be able to sell private blockchains unless we have a successful public chain. We all realize this. NXT promoted Jelurida and Jelurida will promote NXT. The challenge is to create a win/win situation and we need your support for this.

willtate
I think better public relations would go a long way to bringing in customers as well as new devs. Is any more activity in this department planned for the near-term?

riker
Yes, not sure we can share concrete plans at the moment. We’ll start with a website and all the marketing materials expected from a startup company

logan
Will you inform the community about new deals etc?

riker
As a private company we probably won’t share everything publicly. We may issue press releases on signed deals etc

vprf
If I am a company in need of a private chain. Why use NXT/Ardor/etc… over a different crypto?

riker
(1) POS is much better suited for private chain then POW
(2) You can develop in Java and not in some weird scripting lang (i.e. ETH)

vprf
Why not Lisk then if Java and POS?

vprf
I would rather deal with real people with real names. Just sayin’

riker
Jelurida has public directors listed in the Dutch trade registry. The identity of the actual developers has no significance the same way you don’t know who are Java developers but you trust Oracle to support Java.

Don’t you know Bas? Didn’t you watch my latest presentation?

wolffang
Will the private blockchains be made with nxt now and later with ardor blockchain or always nxt?

riker
For now private chains will be based on NXT of course. We will probably transition to Ardor when it’s stable enough

jean-luc
depends on demand, but Nxt 1.0 is tried and tested technology, and Ardor is an overkill to use as a private chain for a single company. Most of the Jelurida private blockchain customers would not need the complexity of Ardor, with its multiple child chains.

almonte
Now that you have settled down a company, are you thinking about recruiting more developers in the near future?

jean-luc
yes, but it is a chicken and egg problem… hard to recruit developers until we have at least few paying customers

if we get serious demand for private chains, we would also get licensing fees and income that allows us to hire more developers

josenxt
How is Jelurida going to encourage new devs to join the development team when they know for sure that their work won’t be credited? Just for the money Jelurida will pay them? Will all the new devs be writing code for Jelurida and not for the Nxt community from now on?

riker
Jelurida intends to either pay salaries or give shares to compensate developers (perhaps both). Some of the code may be developed as closed source code and some will be shared with the community.

In the future there will millions of blockchains some public some private we want as many as possible to be based on NXT.

jean-luc
new developers after short training would be dedicated to support and feature development for private chains first, so that the more experienced core devs can focus on Ardor

Jelurida and the Nxt community

rubenbc
how is Jelurida going to support the community if it is a private company?

logan
I can see the Promotion effect of public chains for private chains.. but i dont see it for the other direction. Why should Ardor get more value if a Company will use the tech behind it? That makes no sense to me.

farl4bit
How do you encourage the community to continue to work as a volunteer knowing that their developers and the leader of the foundation may be working for private solutions?

riker
Would you like the devs to work for free or almost for free forever? Jelurida will work together with the community to advance NXT/Ardor and make it into a sustainable business

wolffang
What is the role of the community in this new situation? Can happen that People now leave that were good contributors. How to prevent it.

riker
Jelurida will open up doors for NXT activists to get real paying jobs in dev, consulting, support, training

josenxt
Would you like the rest of the Nxt community to work for free or almost for free forever AND FROM NOW ON to make bigger a private company like Jelurida? :point_left: It could be seen this way

riker
If Jelurida is successful there will plenty of funds to pay everyone.

josenxt
Will we see in 6 months from today another big surprise (like Jelurida’s) which is currently being cooked behind the scenes?

Wolffang
@riker when is the nxt mobile app release planned?

farl4bit [9:46 PM]
@riker @jean-luc Thanks very much! I am looking forward to more of these sessions.

And that’s it, folks.

You can sign up for the weekly newsletter here.