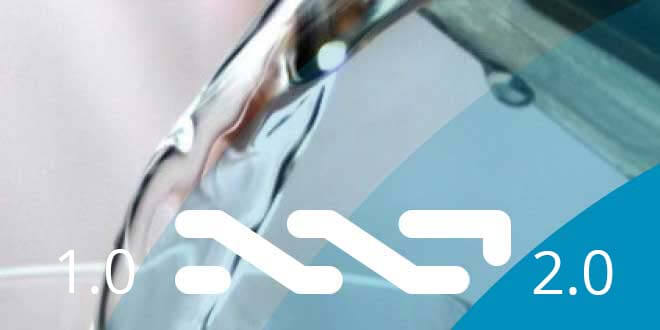 Details about the Nxt 2.0 token distribution have been announced.

Those who have been following  Nxt 1.0 know that the launch of Nxt 2.0 (Ardor) will be a big and important step forwards, not just for Nxt but for blockchain technology in general. With the amazing and broad set of truly disruptive, stable features already running on the Nxt 1.0 blockchain, the next leap forward will be the solving of the blockchain bloat problem inherent to all existing blockchains.

This can make Ardor the first globally scalable crypto platform, and in addition to this, Ardor will enable any individual, business and community to launch their own fully secured customised private ledgers. In short, a Nxt 2.0 Main Chain token (ARDR) will ‘forge’ (~ stake/~mine) all the childchain transactions and thereby secure them. The first and default Nxt 2.0 childchain (Ignis) to be launched with the genesis block will be a ledger which integrates all the functionality of Nxt 1.0.

Ardor’s prime innovation is to split the blockchain into a main chain that is used for consensus creation only, and multiple child chains that keep separate ledgers of transactions, each child chain using its own coin/token.

In the announcement Jean-Luc writes that:

The Nxt 1.0 branch will continue to run

Nxt 2.0 is not a fork of Nxt 1.0. NXT tokens will continue to exist.
Existing 1.0 users will be able to log in to Nxt 2.0 with their existing passphrases.

The Nxt core development team is committed to providing support for Nxt 1.x for at least one year after the Nxt 2.0 launch. Additional GUI functionality may or may not be added to the NRS Client.

The distribution of Nxt 2.0 tokens

The Core Developers recognise the tremendous contributions of the investors and holders of the original Nxt 1.0, without whom Nxt 2.0 would not be possible, and have decided to grant them exclusive rights to the new 2.0 tokens.

ALL Nxt 2.0 Main Chain tokens (ARDR) will be distributed among the holders of Nxt 1.0 tokens.

Nxt 1.9 will be announced shortly with a hard fork for the ARDR distribution without API changes.

The only way to get ARDR is by holding NXT in your account during the snapshot phase (which starts when Nxt 1.9 is released and will run for about 3 months).

The Nxt Software will start taking periodic snapshots of all users’ NXT balances, at regular intervals (most likely once an hour), for a period of three months.

The NXT balances in each account will be averaged over this full three month period, and at the end all accounts will be automatically credited with a token representing their ARDR holdings, issued as an Asset on the Nxt asset exchange.

This ARDR Asset will be freely tradeable.

The distribution of the real ARDR coins will be based on the ownership of ARDR Assets taken at the point of time when the 2.0 Genesis block is created.

There will be no burning of Nxt 1.0 needed in order to receive either ARDR or [Ignis]  Tokens.

ARDR tokens will be used for forging (i.e. staking / mining) to maintain and secure the full Ardor network and incentivize people to set up nodes. Users of any Ardor childchain will have to pay bundled transaction-fees to ARDR forgers.

Ardor Mainnet is scheduled to launch in Q3 2017.

As stated above, Nxt 1.x will continue to run; you will get to keep all your current NXT tokens.

The ~ 50% Ignis which are to be distributed to the core development team will be theirs to use for funding the continued development of the Nxt 2.0 platform.

[Ignis] will be created in the Genesis block of Nxt 2.0. At the moment NXT holders will get 50% [Ignis] of their NXT balance. The other 50% will be reserved for the devs, for instance to do an ICO with, or something else. As this is still one year in the future, the exact method of this is still being debated.

This means, that in addition to the Main Chain tokens (ARDR), NXT 1.0 holders will be accredited a number of Ignis (Nxt 2.0 transactional tokens) equal to ~ 50% of the NXT they hold in their account when Ardor launched in Q3 2017.

As a warning to traders, Riker states that: “If you keep your NXT on a centralised exchange you’ll need to check with the exchange how they handle the ARDR/Ignis distribution since it will be distributed to the exchange account. The exchange will get the ARDR / Ignis tokens and will decide what to do with it”.

Our best advice would be for you to keep your NXT in your own Nxt account with your own passphrase.

Nxt has had issues with breaking backwards compatibility when preparing for the switch to Nxt 2.0 / Ardor.

Nxt 1.10.x API will NOT be changed, so developers working with the Nxt 1.10.x API can feel safe that their code will keep working on the 1.0 branch and that they can easily port their new or existing Nxt projects to the new Nxt 2.0 ledger, if they want to do so after it has been launched. The Nxt core development team is very willing to offer their help in that regard, in case it should be necessary.

One exception to the backwards compatibility-rule is, as announced on release, the Nxt add-ons feature (available for developers from Nxt 1.8.0e), as this will “undergo significant refactoring in 2.0”.

Use it to test, play with it, but like Jean Luc writes: “Keep any custom add-on code simple, and be prepared to have to change it for 2.0 or discard it”.

You can follow the Nxt development in nxtforum.org/, and if you’re in doubt about anything, ask the core developers.