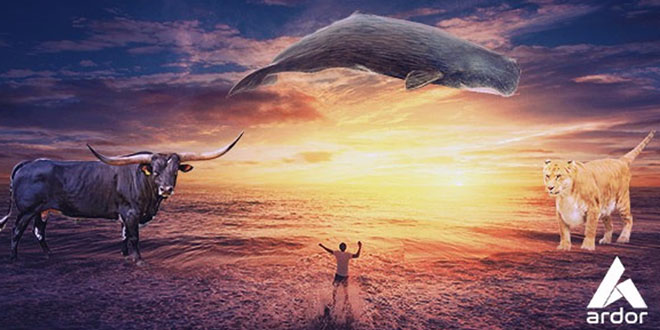 If you have been a follower of the biggest development in the cryptoland, Ardor, then you must have read the first episode of this article series. Well, if you haven’t read it or you haven’t been following, then I say congratulations to you for seeing this sequel. Verily, you have finally found the future; now it lies in your hands. In the first episode, we discussed some of the adorable features of Ardor. They are adorable for, with Ardor and all which it represents, Cryptocurrency becomes worthwhile and interesting. Now, we shall discuss another feature of Ardor, by discussing what it involves and basically how it works.

May 2017, Jelurida’s Co-founder and Senior Developer, Lior Yaffe, was in Spain where he presented a voting use case based on the Ardor Blockchain platform at a live broadcasted Blockchain event organized by El Pais Retina in Madrid. The demo was prepared and demonstrated in collaboration with Accenture Spain and it showed how easily our Blockchain and its voting feature can be adapted to this important real world use case.

Well, you may begin to wonder what voting has got to do with activities in the cryptoland. You are probably asking if Ardor has secured the contract to organize the next presidential elections. Fortunately, we are here for you, for everyone, and for every organization. Since we often make decisions from time to time, we have established the voting features for use by our members.

Using the Voting System, any account can create a poll with one question and up to 100 answers. The creator of the poll qualifies who can vote based on the account, the balance per voting account, an asset, or a currency. Here is a summary of how it works.

#Poll creation: This is the first step in the voting system. Here, the administrator will be eligible to create specific questions and add them in the blockchain.

#Casting of Votes: While votes are being cast, counting of the votes is on, and this will be done by the Blockchain itself.

#Poll Validation: The votes are confirmed and validated.

#Poll Ends: Here, the voting is brought to an end, after which nobody will be eligible to vote.

#Poll Results: Results are instantly presented in graphics and other forms.

The voting system allows for an online database, unlike the manual voting based on paper. A consensus method is adopted in casting and the results are released instantly; so no more waiting or unnecessary delays. Also, votes can be cast from anywhere, whether browser or mobile application. The system is user-friendly and there are in-built fraud avoidance features, which make it immutable, traceable and reliable.

So do you get the idea? The Cryptoland has been hit by changes, and the only solid ground is that which is open to positive changes. Not anymore is it just about the coins or trading in them, but a whole lot more. We are glad that Jelurida, the umbrella under which these groundbreaking ideas surfaced is at the forefront of this evolution. This is just the beginning. The wonders of Utopia cannot be comprehended or experienced in few days in time or pages in tales.

1 thought on “ARDOR: A TOUR THROUGH UTOPIA (II)”